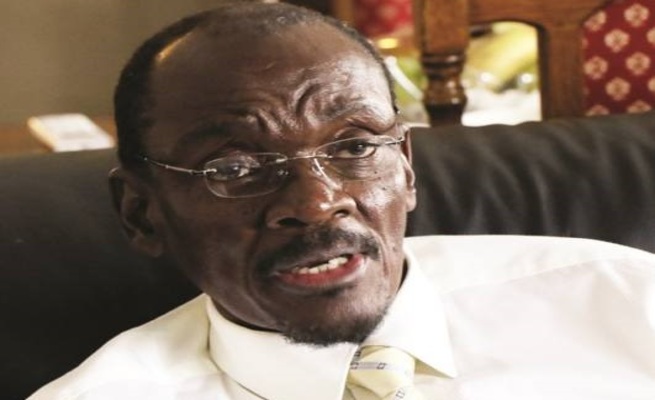 Seven years ago, Abbigail Muleya was drafted into the Mandela Washington Fellowship, a U.S. State Department initiative started by Obama, and flew 13,934 km for a rigorous six-week leadership training at Tulane University in New Orleans.

But signing up for the treasured programme among 300 other youth leaders from various parts of the continent came at great sacrifice for the young lady who had to travel two days from rural Binga to Harare, hopping from bus to bus to attend an interview at the U.S. Embassy.

Muleya’s resolve fascinated the U.S. president, leading to him sharing her inspirational story at the end of the fellowship, likely hoping it would serve as a fitting anecdote denoting resilience for the future leaders who were about to return to their respective countries, many of them fraught with challenges.

“Across the continent, young men and women set out on a journey in remote villages with no phones and internet, they navigated the back roads and traveled by bus and train to reach larger towns and cities just to get an online application from the program,” Obama said in a speech to the fellows.

“There is Abbigail,” gushed Obama as he finally located Mohadi’s would-be married lover, pointing at her with a big smile lighting up his face. “That’s a lot of bus rides.”

At the same summit, another Zimbabwean fellow, Zandile Lambu, a computer scientist and banker got a shout out from U.S. Secretary of State at the time, John Kerry, who praised her work in mobile technology designed to empower women.

But Lambu is just a cameo; so back to our leading actress.

Smitten by the limelight brought by Obama, Abbigail told VOA Studio 7 after the summit that she was “thrilled, I was excited, I couldn’t believe it was really me.”

She also reflected on her poor upbringing which almost dented her dreams as her parents could not afford to put her through school.

But help came through.

“When I finished primary education I didn’t have school fees to go to school, so an international organisation called Campaign for Female Education paid for my fees, I went to a local boarding school,” Abbigail said.

“After that, I did very well because I knew where I was coming from, I had to work very hard. Then after that my brother took me to Midlands State University to do my first degree.”

There, she excelled and graduated with an honors degree in African Languages and Culture in 2009.

Thereafter, Abbigail “felt it was time for me to plow back” and returned to Binga where she co-founded Zubo Trust, a non-governmental organisation that sought to empower the girl child.

Then the Mandela Washington Fellowship happened, after which she would spend a few more weeks honing her skills at the world-renowned Deloitte Consulting as an intern.

“Something that I learned, in particular, is about empowering a woman,” she said after her stints at Deloitte and Tulane University.

In 2014, the same year that Abbigail made her mark in Washington, she and her equally young boyfriend of more than a year, Jacob Mumpande, also from Binga, would exchange vows and tie the knot.

Fast forward to 2019; Abbigail has a drastic career change that would bring her national embarrassment, threaten her marriage and probably haunt her for the rest of her life.

She is recruited as a junior officer by the Central Intelligence Organisation (CIO), Zimbabwe’s spy agency, and assigned to vice president Mohadi’s office at Munhumutapa building in Harare.

Abbigail’s husband Mumpande is also a CIO agent working for Mohadi at the same complex.

But that would not stop the se_x-crazed 71-year-old Zanu PF politician from hooking up with Mumpande’s wife behind his back for aphrodisiac-filled se_x romps in hotels, risking a heart attack after an apparent overdose at one point, according to phone recordings obtained by ZimLive.

“Linathile yini into leyana? (Have you drank that stuff?)” asks Abbigal in one recording after supposedly supplying the vice president with a se_x-boosting substance to fire up his rocket ahead of a tryst.

“Yes I have, I drank two cups,” Mohadi responds, surprising her married young mistress who warns him while chuckling: “You will overdose.”

“It’s not that sour,” Mohadi assures her.

Mumpande, with his cheating wife in tow, confronted Mohadi at his Milcox Road house in Glen Lorne, Harare, over the affair on Sunday, leading to another woman they found at the residence snapping and hitting Mohadi with an object, leaving him bloodied, according to sources.

Described as “heartbroken” and “upset”, Mumpande was also said to have accused Mohadi of having se_x with his wife without protection, putting him at risk of se_xually-transmitted diseases.

And Abbigail, that focused lady from Binga who won praise from Obama seven years ago, was said to have left Mohadi’s house sobbing after the confrontational spectacle, probably ruing the day she traded her promising career in civic leadership – consolidated with a vote on confidence from the leader of the free world – for a spying job that has ironically exposed her as a cheating wife.