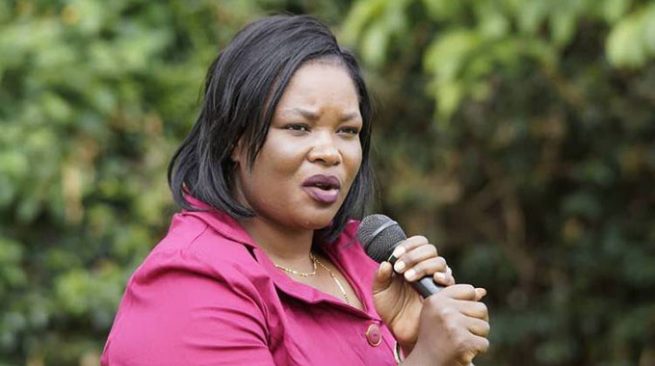 Gweru gospel musician Respina Patai, popularly known as Mai Patai, has dropped a single titled Ndinoda Kuona, which she describes as “a powerful prophetic tool that declares God’s ability in the circumstance of one’s inability”.

The project, which comes three years after she released an album titled Punish the Devil, is a deviation from her traditional Vapositori beat.

“Ndinoda Kuona is a single track which is more different from my previous productions in terms of instrument and vocal arrangement, among others,” Mai Patai told Standard Style.

“I know if people hear the title, they usually connect it to the story of Bartimaeus, the blind man who sought deliverance to see. My story is not like that, to me it’s a prophetic song where I seek to acquire spiritual eyes to see the unseen.

“For instance, people may come to you because you have money and they snub you when you are broke, leaving you to suffer alone. So, in the song I’m expressing my thoughts towards what usually happens in life so that one should not waste resources on the wrong people.”

The musician said she had to embrace digital media platforms to reach out to her legion of followers, hence investing so much of her time and resources on digital spaces.

“To a lesser extent, the Covid-19 pandemic has affected the production and launch of the single track. Many people are now on social media platforms and we saw it prudent to take our music to those spaces. We had to launch the single online,” Mai Patai said.

“The Covid-19-induced lockdown is compelling people to search for new things online which has resulted in us getting a huge followership following the release of our single on Friday.

“However, to a greater extent, Covid-19 has affected the music industry and this single because I was supposed to launch it live-performing before the fans. Also live shows and church gatherings are our major sources of incomes.”

The single was recorded at Naletha Studios, mixed and mastered by Tatenda Gurupira while Jose Sax arranged it.

Mai Patai rose to stardom following the release of the song Mazambara off her 2002 album titled Rumbidzwai before she released another album Mabhiravira, which carried the hit Munamato.

She released albums Makanaka and Samulena before going into hibernation in 2010 only to resurface eight years later with the release of the album Punish the Devil, which went on to win the Viewers’ Choice award at the National Arts Merit Awards.

The musician is now a pastor after completing her theology studies at Living Waters Theological College in Bulawayo.

News Tshuma Rueben - 3 March 2021 0
Schools re-open this month in two steps, starting with the three examination classes on Monday March 15, and the rest of the classes a...

News Sekai Moyo - 2 March 2021 0
A MVURWI Town Council worker, Gumburai Magunde, was found dead on the roadside yesterday after he allegedly consumed too much of an illicit home-made...
Loading...