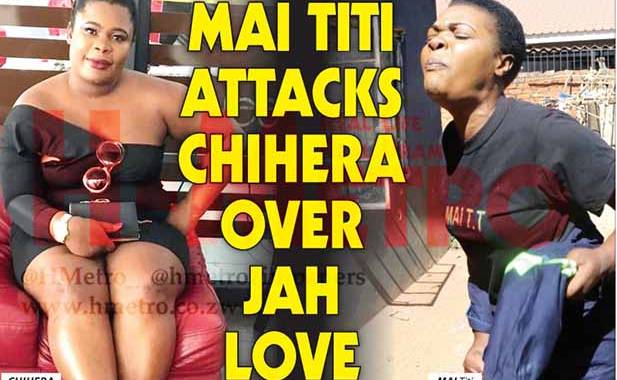 Chihera responded on her Facebook page ‘Chihera Gossip Team’ apologising to the late Soul Jah Love’s fans over accusing the late of faking sickness as his reason for not performing at the show dated 15th November 2020.

Mai Titi posted the video recorded live by Chihera at the venue in South Africa where there was chaos over failure by the late musician to perform.

“I have filed a case against Chihera for attacking me and she has been doing this to some musicians like the late Soul Jah Love,” said Mai Titi.

“She recorded a live video and behind were people attacking the late Soul Jah Love and she went on to accuse the late musician of faking sickness as an excuse for not performing that night.

“I have a case against Chihera and my lawyers are failing to locate her to serve her with legal documents.

“I am not threatening to kill her but I want to know where she is staying in order for my lawyer to serve her with legal documents,” said Mai Titi.

Chihera told H-Metro that she has since lodged a police report against Mai Titi over her threat to eliminate her.

“My life is in danger; Mai Titi threatened to kill me upon her return from South Africa,” said Chihera.

“I have since lodged a police report against her since she pledged to pay anyone who discloses my place of residence.

“Mai Titi wants people to believe that I recorded a live video at a bar where the late Jah Love was expected to perform.

“The late never showed up at the venue and people who were being attacked were bouncers and gate keepers who had received payments for the expected show.

“I have since posted my apology to the late musician’s fans over my statement that Soul Jah Love had faked sickness.

“Mai Titi brought this issue now because she is bitter about me for exposing part of her tricks that is why she wants people to rise against me,” said Chihera.