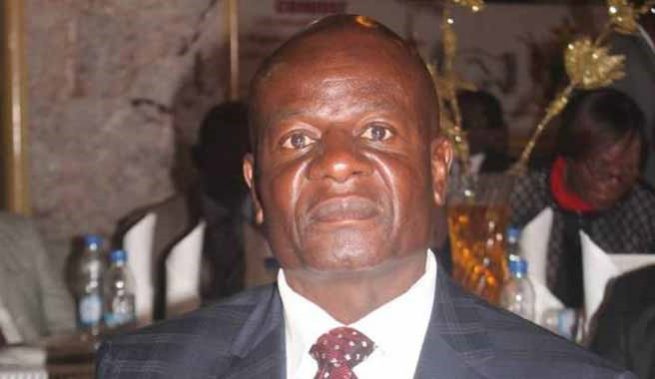 SENIOR Government officials are under investigation over a scandal in which 410 residential stands were illegally allocated on wetlands in Gweru and the culprits will be compelled to compensate victims.

Land has since been identified to resettle the victims, most of whom have been driven out of their homes by floods.

The stands which were not approved by the Gweru City Council were developed in Ascot Extension wetlands, less than 20 metres from Gweru River.

Residents lost valuables and property when houses in this area where flooded following heavy rains that pounded the city a month ago.

There is a church under construction on the same illegal space, which is also not under the Gweru City Council layout plan.

Yesterday, former Local Government minister Ignatius Chombo was arrested by the Special Anti-Corruption Unit (SACU) in connection with the Uchena Land Commission Report, which alleges fraud and criminal abuse of office by the 68-year-old politician.

Some senior Government officials working in the ministry at the time, allegedly abused the Hlalani Kuhle/Garikai programme and further allocated 410 stands to residents on wetlands in Gweru.

Chombo is expected to appear in court today to answer to a fraud charge and four counts of criminal abuse of office.

Minister of National Housing and Social Amenities Daniel Garwe, during a tour of irregular settlements in Gweru on Friday, did not mince his words as he said corruption did not have a place in the new dispensation.

“What I just saw is horrible to say the least. The President has given us a mandate to correct the wrong in our settlements. What I can assure you is that we can’t let people stay at such places. Where councils and land developers are liable, they are going to face the costs of compensating the people,” said Minister Garwe.

Environmental Management Agency Midlands provincial manager Mr Benson Bhasera told Minister Garwe at the site that the houses were not supposed to have been constructed in a wetland and close to Gweru River.

He said according to proper land management plans, houses or stands should be at least 30 metres from a river or wetland.

“These houses are not supposed to be here. They are too close to the river. They are in a wetland and this is a flood-prone area,” said Mr Bhasera.

Midlands provincial development coordinator Mr Abiot Maronge told Minister Garwe that the houses were under Hlalani Kuhle/Garikai programme which had been abused by senior Government officers.

“Government started a beautiful housing programme to avail stands for its people under the Hlalani Kuhle/Garikai programme. It is unfortunate that the people in charge at the time decided to allocate a further 410 stands in a wetland,” he said.

Asked by Minister Garwe who the officials were, Mr Maronge said they were in the then Ministry of Local Government, Public Works and National Housing.

“There is no need to state their names here but I want a comprehensive report on this as soon as possible. I know that even in the chief’s homestead, there are thieves and this could have happened and we will bring order to this. The Government officials implicated will be investigated and brought to book if need be,” said Minister Garwe.

Minister Garwe said there is no going back on relocating people at dysfunctional settlements.

Midlands Minister of State for Provincial Affairs and Devolution, Larry Mavima said the province is ready to carry out the relocation exercise in a humane manner.

“We cannot talk of vision 2030 when our people are living in such deplorable conditions. What I want to assure you is that we have identified land to replace the stands,” he said.

Mr Tapiwa Marerwa, Gweru City Council housing director told Minister Garwe that his council didn’t approve the 410 stands that are in a wetland.

“This is not our programme, we were not consulted as we were just told that it’s a Government programme,” he said.
Early this year, several houses in Midlands Province were flooded, prompting the Government to investigate the settlements, with a report proving that there are 100 dysfunctional and illegal settlements in the province.

The issue of land barons who illegally allocated State land is rife, especially in the Midlands.

In September former Midlands Provincial Affairs Minister Jason Machaya (60) and provincial planning officer Chaisayanyerwa Chibururu (50) were each sentenced to 48 months imprisonment for unlawfully allocating 17 799 stands to land developers in Gokwe town, who in turn gave them 1 000 stands worth US$900 000 which was computed as ZW$900 000.

The court ruled against an application by the State for the accused persons to pay restitution of 1 000 stands to Gokwe town, saying they had benefited nothing from the criminal abuse of office charges.