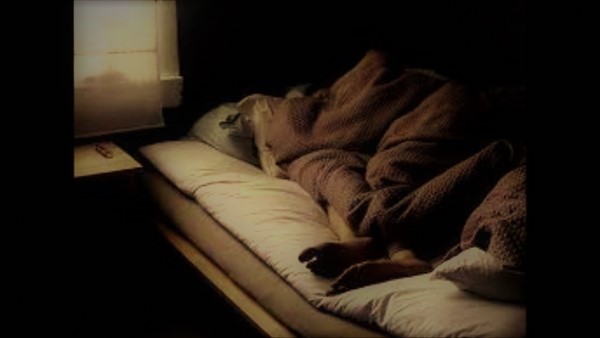 FIRST the tokoloshe shares a prayer with him – then pokes him until the sun comes up!

“It only leaves me when the sun is about to rise. I’m exhausted. I need this thing to go away.”

Maqhawe said the tokoloshe first appeared when he broke up with a woman who had been cheating on him.

“She apologised and said she didn’t know why she did what she did. She said she wanted to be with me only. She promised never to cheat again.”

Maqhawe forgave his partner but a month later they separated.

“When I left her after forgiving her, she said she will show me pain,” he said.

“A few weeks later, the tokoloshe started visiting me at night.”

He said he falls into a deep sleep when the little creature comes.

He said it comes in wearing se_xy lingerie.

“It kisses me and then kneels in prayer. Then it starts kissing me again. The r0mance goes on for a long time and then it starts poking me. It carries on until morning.”

Maqhawe said this has caused bad luck for him.

He said he has been single since he broke up with his partner and women didn’t look at him twice.

Maqhawe has been to izangoma and prophets, but none have been able to help him.

Maqhawe’s cousin Ntobeko Zikode (40) said: “I couldn’t believe it when he told me about his tokoloshe.

“We went to a Zion church and a prophet prayed for him.”

Ntobeko said nothing goes right for his cousin. “I hope he gets help through Daily Sun.”

Sangoma Jabulani Mtimunye said a tokoloshe was hard to get rid of, especially if it has been there for a long time.

He said Maqhawe should come to him so he could help him for free.