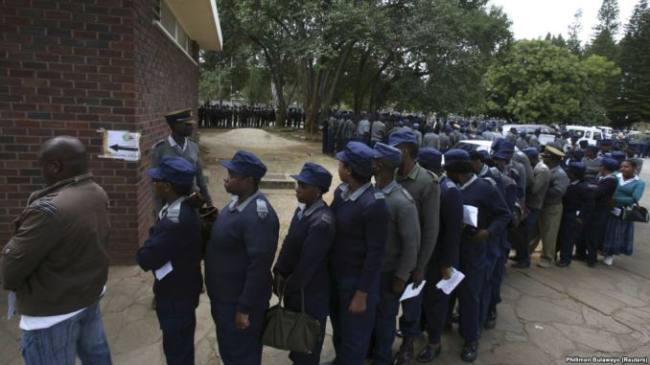 Chipinge Police is investigating deaths threats made to one of the Force’s spokespersons through Whatsapp.

Efforts to get a comment from the Manicaland Provincial Police Spokesperson, Inspector Luxson Chananda were futile.

Sources said that the threat came on Valentine’s Day, a few days after the cop confirmed to the press on the arrests of senior officials at Chipinge Town Council over alleged corruption.

The suspect accuses Chikuvadze of labelling him/her a thief and therefore threatens to kill the Police officer. The suspect reveals knowledge of Chikuvadze’s residential address.

The message warns Chikuvadze that he will follow Shumba, a Police officer who was shot and killed together with Sergeant Mazhara when they raided a poacher’s home at Naffaton area near Chipangai National Park.

“You man stop going around saying I am thief. This is not your world,” reads the first message.

The second message reads, “You here unotewera kwakaenda Shumba wena (You must know that you will follow Shumba)”.

Police is surprised that the message came a few days after Chikuvadze made a public statement on the arrest of council officials.

The third Police officer who was in the company of the two deceased cops, Sergeant Madenga escaped death.