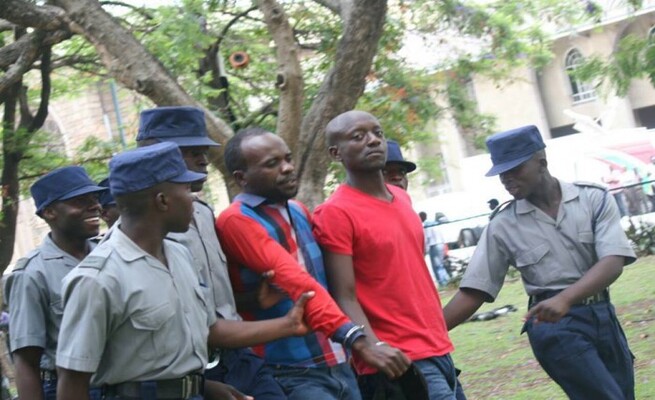 PRESIDENT Emmerson Mnangagwa has come under renewed international pressure to account for missing journalist-cum-activist Itai Dzamara who was last seen in public six years ago.

In separate statements Wednesday, European Union, the US, UK, Canada and human rights groups slammed an “enduring culture of impunity” in Zimbabwe.

Dzamara, a fierce critic of the now late President Robert Mugabe was seized by suspected state security agents at barbershop in Glen View, a high density suburb in Harare March 9, 2015 and he has never been seen again.

“The culture of impunity in Zimbabwe needs to end. Government ought to shed light on his fate and ensure that justice is served for Itai and all other victims of human rights violations,” the EU mission in Zimbabwe said.

The US embassy in Harare called on the government to investigate Dzamara’s abduction fully and to bring to account those responsible.

“We stand with his family and all Zimbabweans who exercise their freedoms of expression and peaceful assembly,” the embassy said.

Canada said it was deeply concerned that six years after his disappearance Dzamara’s whereabouts remain unknown.

“We call on authorities to continue with their efforts to investigate his abduction and to ensure that those responsible are brought to justice,” the Canadian embassy said.

In a separate statement, the UK embassy said; “Itai Dzamara isn’t forgotten. He went missing six years ago, abducted from a barber’s shop in Harare. His relatives and friends still don’t know what happened to him.”

Local human rights groups have also castigated the government for showing lack of commitment in investigating his disappearance blaming the state for; “reluctant and uninterested in diligently looking into the matter”.

“However, no meaningful investigation has taken place as evidenced by the absence of any comprehensive reports submitted by the authorities to the courts,” the Zimbabwe Human Rights NGO Forum, a consortium of civic society organisations, said.