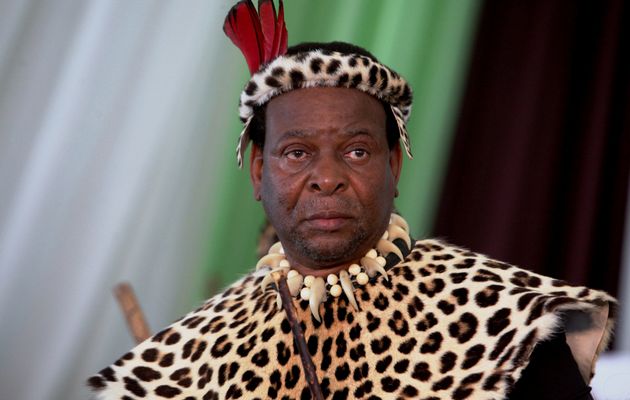 The news was confirmed in a statement from the royal house on Friday morning.

King Zwelithini had been in hospital for weeks for what was initially reported to be a problem with his blood glucose levels.

The royal house said his health took a turn for the worst and he passed away in the early hours of Friday morning.

They’ve also thanked South Africans for their prayers and support during his illness.

“On behalf of the Royal Family, we thank the nation for your continued prayers and support in this most difficult time,” the statement read.

King Zwelithini made history as the longest serving monarch of the Zulu Kingdom – with a reign spanning over five decades.

Born on the 14 July 1948 in Nongoma, northern KwaZulu-Natal – he’s the eldest son of King Cyprian Bhekuzulu and his second wife Queen Thomo.

Following his father’s passing in 1968, King Zwelithini was appointed to the throne – he was just a 20-year-old student at the time.

But – he was not crowned until 1971 – because he had to go into hiding outside the kingdom following a plot to have him killed.

In 2015, Zwelithini mace headlines after he called for the deportation of foreigners in South Africa, saying it was unacceptable for South Africans to compete with people from other countries for the few economic opportunities available.

Addressing Pongolo community members during a moral regeneration event, Zwelithini accused government of failing to protect locals from the “influx of foreign nationals”.

“When you walk in the street you cannot recognise a shop that you used to know because it has been taken over by foreigners, who then mess it up by hanging amanikiniki (rags),” he said.

“Most government leaders do not want to speak out on this matter because they are scared of losing votes. As the King of the Zulu nation, I cannot tolerate a situation where we are being led by leaders with no views whatsoever.

“We are requesting those who come from outside to please go back to their countries. The fact that there were countries that played a role in the country’s struggle for liberation should not be used as an excuse to create a situation where foreigners are allowed to inconvenience locals.