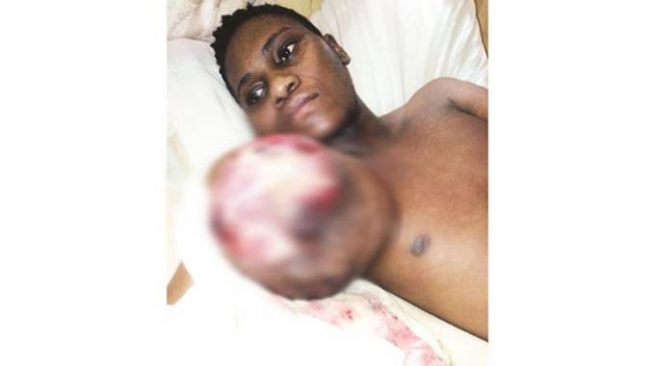 SteveJohn (21) was battling lung and bone marrow cancer according to latest medical tests he underwent after his initial surgery to remove a huge tumour from his right shoulder died early today.

His sister-in-law Rebbeca Mutapiri confirmed saying he died at a hospital in South Africa.

In a statement, a Zimbabwean funeral and repatriation service provider based in South Africa, who contributed 100 000 rands towards SteveJohn’s medical bills expressed their condolences.

Zororo-Phumulani has pledged to assist the Mutapiri family to repatriate SteveJohn’s body back to Zimbabwe until his final journey to his final resting place in Chitungwiza.