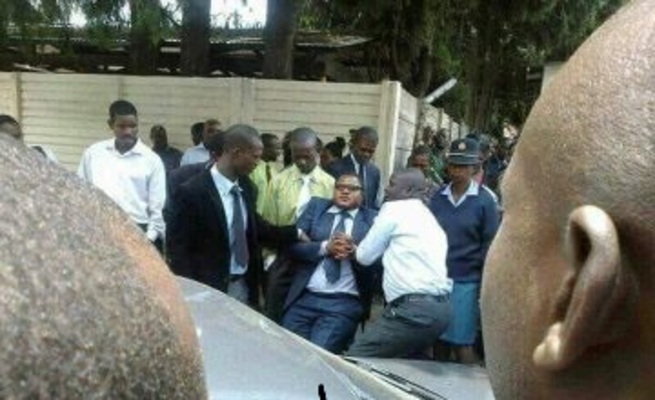 Former Deputy Minister of Information, Publicity and Broadcasting Services, Energy Mutodi, has described Tanzanian president John Magufuli’s death as God’s way of proving that he was right when he mocked Tanzania’s approach to COVID-19.

Mutodi tweeted on Thursday after it had been announced Wednesday that Magufuli had died of a heart complication in Dar es Salam. Some reports claimed Magufuli had contracted the coronavirus. Commenting on Magufuli’s death, Mutodi said:

“The Lord Almighty has vindicated His servant in the death of Tanzanian President John Pombe Magafuli (sic). Where there was rejection and rebuke, He has provided reparation.”

The former Rhumba musician had earlier mocked Magufuli for his approach to coronavirus after the late leader had declared Tanzania a COVID-19-free zone saying it was defeated by prayers. He tweeted back then:

“His Excellency John Pombe Magafuli’s Tanzania now has 630 COVID-19 cases with prayers but without a lockdown while His Excellency President ED Mnangagwa’s Zimbabwe only got 31 cases with lockdown and masks. An insight into how managers can be game-changers.”

Then minister of Foreign Affairs and International Trade, the late Dr Sibusiso Moyo was forced to intervene saying Mutodi’s remarks were not reflective of the views held by Zimbabwe as a nation but by Mutodi as an individual.

“This is disappointing, childish.” 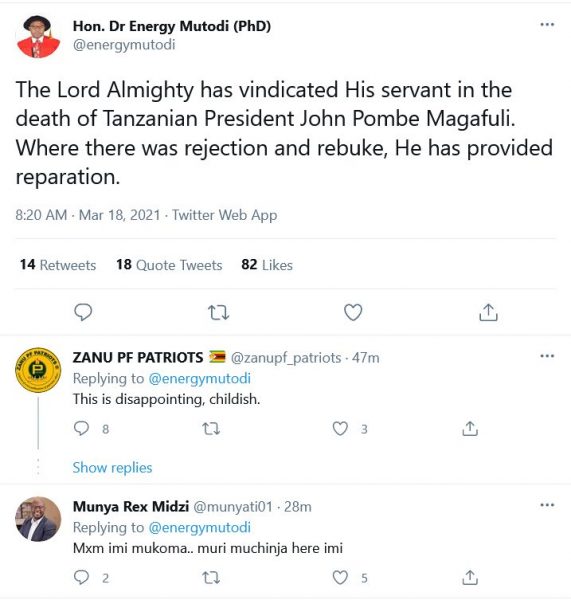 Mutodi was last year fired by President Emmerson Mnangagwa following a chain of reckless behaviour that created tensions among government officials and between Zimbabwe and neighbouring countries.

Some reports suggest that Mutodi was fired at Sibusiso Moyo’s behest. It is alleged that Moyo had threatened to resign if Mutodi who was making his diplomatic role tough had not been sacked.