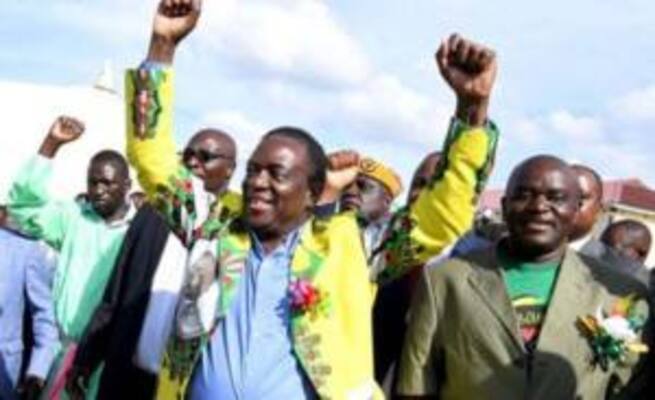 ZANU PF Matabeleland South province has admitted 28 members of ZAPU, saying the defections are a clear testimony that Zanu PF is a people centred party.

The latest group to have a change of heart are 28 senior members of ZAPU, who followed in the footstep of their provincial chairperson, Mike Masiye who rejoined the revolutionary party last month.

Zanu PF Secretary for Information and Publicity, Ambassador Simon khaya Moyo, who was in Gwanda for a Provincial Coordinating Committee (PCC) meeting, said it was the wish of late father Zimbabwe, Dr Joshua Nkomo for the revolutionary movement to remain united and formidable.

“Zanu PF came as a result of Zanu pf and pf Zapu , and the late vice president had said we should remain in Zanu pf no matter what . It is unfortunate that some decided to leave the party , but that is water under the bridge now. As Zanu pf we want everyone to come back because we are a people‘s party,” he said.

Turning to the newly elected District Coordinating Committees, Ambassador Khaya Moyo stressed the need for the critical organs to adhere to the party‘s constitution.

“If you are the chairperson of the DCC or a member of committee and you have not acquainted yourself with the constitution of the party then you should not be holding that position. We expect our leaders to guide people in the right direction and you can only do so when you follow our constitutional document in letter and in spirit,” said the National Spokesperson

Zanu PF Provincial Chairperson, Cde Rabelani Choene reminded party leaders of the important role they have to play in ensuring a resounding victory for President Mnangagwa and Zanu PF in the 2023 elections.

“As you are all aware the goal is to get to five million votes in the next elections, so as Matabeleland south we should be seen contributing meaningfully to achieving that goal,” he emphasised.

The district co-ordinating committees, which were meeting for the first time since being elected in December last year, were also tasked to spearhead projects and programmes that are aimed at economically empowering the people in line with vision 2030.