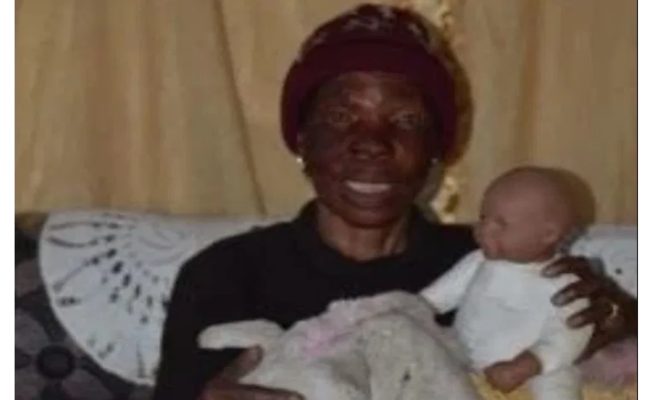 The 69-year-old gogo from Siyanyanzela squatter camp in Philippi, Cape Town, said her dollies and teddies make her feel better whenever she is down. 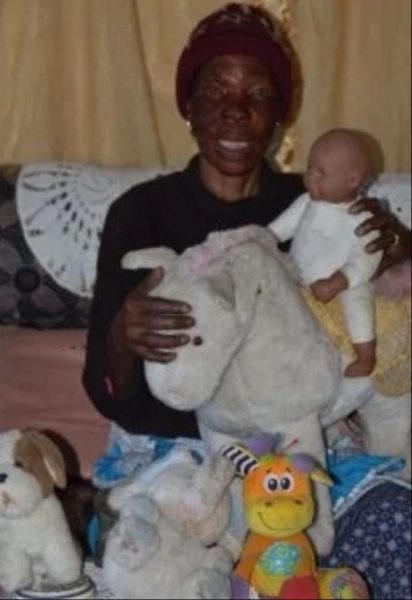 “To me, they bring that happiness that young children have when they play with their dolls. When I’m stressed over something I just play with my dolls and feel better afterwards. I make sure they stay clean and presentable,” she said.

Gogo, who stays with her two grandchildren aged nine and 14, makes sure they don’t play with her dollies.

“They have their own toys and they know that makhulu’s dolls are a no-go area. They know it’s not negotiable,” she said.

Gogo lost her husband over a decade ago.

“I don’t worry or think about men, my toys keep me busy when I feel lonely,” she said.

She makes sure her teddy bears are clean and fluffy all the time.

When the SunTeam arrived at her house, the cats and dogs were not there but she said she has three cats and two dogs.

“My dogs make sure that I stay safe because our kasi is full of crime. My cats make sure rats that come from the rubbish container do not make my house their playground,” she said.

Besides that, gogo loves the soft and fluffy fur of her cats which she said is similar to that of her teddies.

Gogo’s neighbour Nontombi Majalima (45) said gogo is modern but at first, she thought she was crazy.

“When I entered her house I thought this old woman is crazy and losing her mind. I then realised that she really loves her toys and keeps them clean all the time. I bought her another one on her birthday and she was very happy,” said Nontombi.