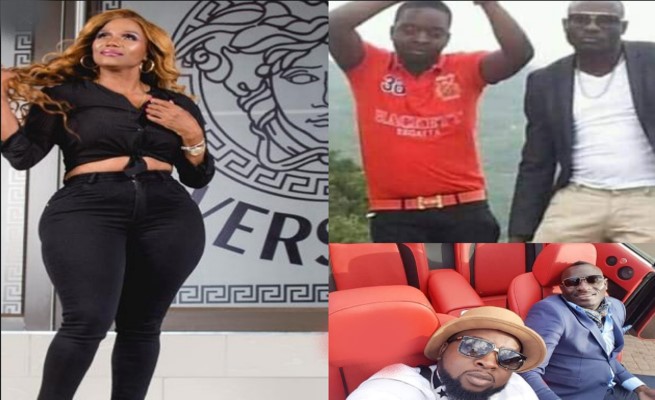 COMPLICATIONS around the late Genius “Ginimbi” Kadungure’s estate have assumed a new dimension, with prominent businesswoman Zodwa Mkandla demanding that a Bentley Continental GT hidden in South Africa be surrendered.

The car is believed to be under the custody of Ginimbi’s long-time friend, Nomatter Kit Kat Zinyengere in South Africa and Zodwa wants it registered with the Master of High Court as required in terms of the Administration of Estates Act and surrendered to the Executor.

Zodwa bought the car from the UK in 2013, while Ginimbi paid for duty in Zimbabwe.

“Our client instructs us that sometime in October 2013, she bought a Bentley Continental GT from the United Kingdom under the name Traverze Travel.

“We are further instructed that the motor vehicle is currently in the custody of Nomatter Zinyengere, who is your client. The car has not been registered with the Master of High Court as required in terms of the Administration of Estates Act.

“Our instructions are, to demand as we hereby do, that the motor vehicle be surrendered to the Executor dative so that it forms part of the deceased estate since he (Ginimbi) had been authorised to put the car in his name. May the request be complied with within five days of receipt of this letter failing which further instructions are to approach the relevant authorities,” reads the letter.

Zodwa told H-Metro that all she wants is for Ginimbi’s properties to be fully accounted for amid claims that the Bentley is now being kept away from the public.

“I am not even expecting anything from this, I’m not greedy, I have my own things. But what I want is for people to do the honourable thing and surrender all the things that belonged to Genius and have to be registered in his estate.

“Everyone knows that I bought that car and because it was registered by Genius, it should be part of his estate, no two ways about it.

“People think that the cars that Genius left and all the other things are his net worth not realising that there are some huge bills that are outstanding and would need to be cleared first.

“That is why everything that Genius left must be included in the estate and outstanding bills are settled before anyone can benefit. People, including his friends, should not hurry to lay claim to any of his properties before due processes.

“We know he had businesses in South Africa, vehicles for those businesses, bank accounts and so forth and all those have to be accounted for and included in his estate.”

She availed proof in form of all the paperwork from the purchase of the vehicle in the UK to the shipping from Southampton to Walvis Bay in Namibia and all documents bear the name Traverze Travel.

Zodwa also dismissed claims that the Bentley might have been sold while Ginimbi was still alive.

“There is nothing that happened with Genius, with regards his businesses, that he would not inform me and, especially that car given that I am the one who bought it.”