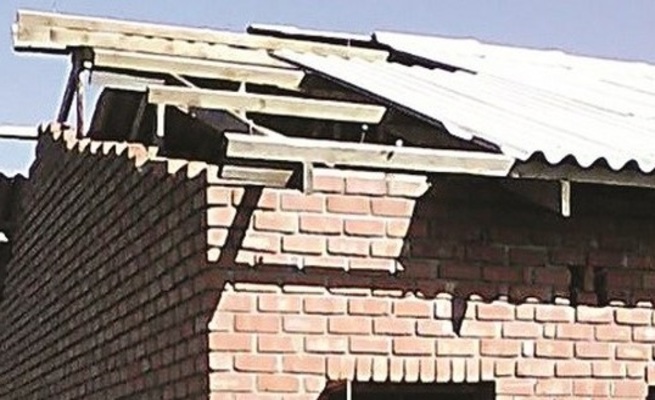 A WOMAN from Entumbane suburb was left bleeding and shaken after a pastor from Gathering of Saints got into her bedroom through the roof and beat her several times, forcing her to flee to her neighbour’s house.

On 23 March 2021, Pastor Prosper Habuthusi Nkomo (31), visited his ex-girlfriend Maritha Khumalo (46) at her home in Entumbane.

“He got there at around 5.30 pm and knocked several times on the main door, but Maritha was not moved and refused to open the door. Prosper then left,” said the prosecutor Rosemary Mbeure.

After that things went awry as Prosper returned at around 7 pm and hid in a maize field.

“I saw him getting into the maize field and hiding there and he was anticipating that somehow I would open the door going to the toilet or somewhere so that he would storm into the house. At around 7.30 pm he got out of the maize field and scaled over the precast wall. He headed into the house. He knocked several times on the main door, but I did not open for him and remained sitting on my bed,” Maritha told court.

Seeing that his efforts were yielding no results, he climbed on top of the roof of the house.

“He damaged two asbestos sheets and got into Maritha’s bedroom through the roof. He found her standing in her bedroom and punched and kicked her several times all over the body. The hapless Maritha bled and somehow managed to escape and ran to her neighbour where she sought refuge,” the court heard.

A neighbour accompanied her to Entumbane police station where she reported the matter leading to the arrest of Prosper.

Prosper appeared before Western commonage magistrate Jeconia Prince Ncube facing two counts-physical abuse and malicious damage to property. He pleaded guilty to both counts. He was convicted and sentenced.

For the physical abuse charge Prosper was fined $10 000, if he fails to pay he will have to serve 30 days in imprisonment.