A self-professed prophet in Bulawayo is enmeshed in a “se_x-for-healing” scandal following sensational revelations by one of his clients’ husband that he extorted for se_x from his wife in exchange for “healing” their sick child.

The scandal came to light after Amon Marufu from Famona suburb found messages in his wife’s phone in which the prophet only identified as Madzibaba Rejinayi from Old Lobengula suburb was “seducing” her. 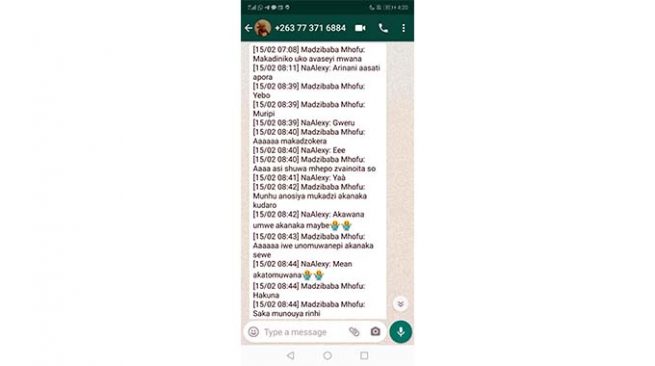 Accusations against Madzibaba Rejinayi also known as Madzibaba Mhofu threatened to uncover the widespread bedroom shenanigans that are being levelled against prophets of soliciting for se_x from female clients that would have consulted them for their services.

An appalled Marufu alleged that Madzibaba Rejinayi coerced his wife, Ropa Nyathi, to trade healings of their child for se_x. 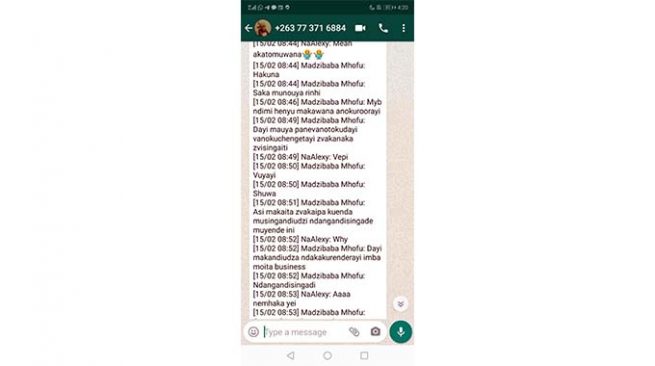 “I found love messages sent by Madzibaba Rejinayi in my wife’s phone. When I confronted him and asked him why he was seducing my wife he started threatening me with death.

“What happened is that we consulted him to heal our sick child and when the child showed some signs of recovery Madzibaba Rejinayi started to propose love to my wife. Instead of concentrating on our sick child so that he fully recovers he was now busy pestering my wife to quench his se_xual appetite,” protested Marufu.

In some of the messages which are in possession of B-Metro, Madzibaba Rejinayi compliments Nyathi on her beauty.

He also pledged to give her money to start a business and rent a room where they could meet for se_x-sermons.

Madzibaba Rejinayi reportedly kept pestering Nyathi to give in to his demands until she told her husband.

One of the pestering messages reads: “Saka nyaya yedu iya makatiyi nayo (so how far with our issue) to which Nyathi responded: yei (about what) Ko ingava yeyi murume nemukadzi (what will it be for a man and woman).

Nyathi backed her husband’s assertions that Madzibaba Rejinayi made several moves on her, but to no avail.

“It is true that Madzibaba Rejinayi proposed love to me, a development I found extremely difficult to comprehend, considering the fact that I am married and that the man who was proposing love to me is a prophet who has been helping us,” said Nyathi.

Madzibaba Rejinayi strongly denied all the allegations levelled against him by Marufu and his wife.

“What they said is not true. Marufu and his wife consulted me when their child fell sick and I assisted them. The time they consulted me they were already having problems in their marriage. At one time they phoned me to come to their house to resolve their marital problems after they fought.

“That is when Marufu told me that he was no longer interested in his wife, but I convinced him that he should not divorce her. He was accusing her of cheating on him and when I asked the wife if it was true, I was shocked when she confessed that she indeed had a boyfriend.

“She defended her actions saying it was in revenge since her husband was also cheating on her,” said Madzibaba Rejinayi.

He admitted that he threatened Marufu with death because he was angry with his constant accusations that he was pestering his wife for se_x.