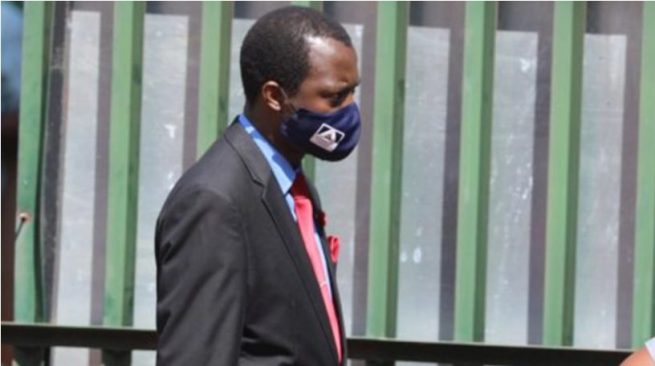 JOURNALIST Robert Mukondiwa, who is facing allegations of aggravated indecent assault on an orphaned 19-year-old Upper Sixth pupil, has been granted $2 000 bail by the High Court.

He is alleged to have indecently assaulted the young man during a visit he paid to Mukondiwa’s flat in Harare’s Avenues at the request of a woman in the Diaspora who had promised to arrange payment of his school fees.

When Mukondiwa last month appeared before Harare magistrate Mrs Barbra Mateko, he was remanded in custody to April 12 and told only the High Court could grant him bail for a serious assault charge.

Justice Webster Chinamora yesterday granted Mukondiwa’s application for bail. The prosecution had proposed $10 000 for bail but the judge reduced it to $2 000. Mukondiwa was ordered to report once a week at the nearest police station, not to interfere with state witnesses and investigations, and must live at his present address until the matter is finalised.

The charges centre on allegations made by the 19-year-old that Mukondiwa had attempted non-consensual se_xual contact.

It is alleged that in July last year, the 19-year-old orphan sent a message on social media seeking help to pay school fees. In February Ms Tsungai Mutasa introduced herself to the teenager via WhatsApp and offered him the needed help.

She allegedly told the young man that she stays in the United Kingdom and that she wanted to verify whether he really wanted assistance from someone in Zimbabwe. So she allegedly directed him to Mukondiwa. On March 2, the boy visited Mukondiwa at his flat along John Landa Nkomo Avenue where he found him watching ga_y movies with male friends.

It is alleged that Mukondiwa offered him wine, which was declined, but the 19-year_old did join in the beer drinking at the flat later, before going for more beers at a nearby shebeen.

They later returned to the apartment around 11pm and he was shown a room to sleep in. The State alleges that the orphan retired with his clothes on before Mukondiwa joined him in bed and initiated non-consensual se_xual contact, only stopping when the 19-year-old screamed.

After the alleged assault, Mukondiwa allegedly begged him not to tell anyone and they slept. It is alleged that the next morning, Mukondiwa handed the orphan US$20. The orphan is said to have told Ms Mutasa that he was no longer comfortable being assisted by Mukondiwa.

Ms Mutasa then engaged someone called Frank who stays in South Africa, to whom the young man spoke of the alleged se_xual attack. The orphan lodged a complaint against Mukondiwa on March 17 leading to his arrest.