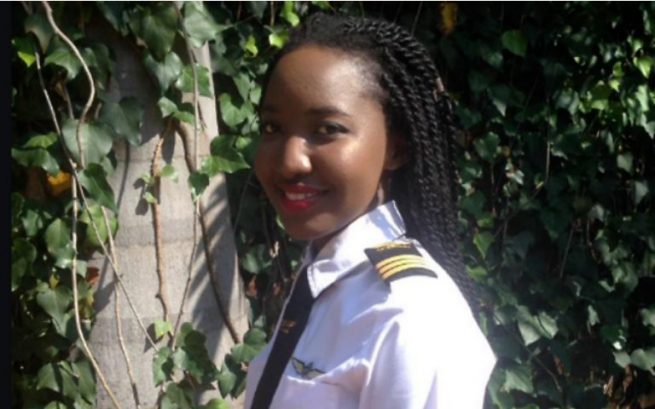 SHE is daring and courageous and with an insatiable pedigree that challenges any nonsense, like comments about male dominance.

She is qualified commercial pilot Princess Nomqhele Ncube a 22-year-old, from Emhlabeni in Tsholotsho under Chief Tategulu.

After recently graduating from an Integrated Airline Transport License [IATPL] Programme at 4B Air school in South Africa, she was inspited into a flying career by her father who is also a keen aviation fan. I feel very happy. I am my ancestors’ wildest dreams. I am proud to be a woman and that l continue to break and defy stereotypes,’’ she said.

“My keen desire and inspiration to be a pilot stems from one particular trip when l was nine years old. I was with my father when we were flying over the Zambezi River and the pilot gave me control of the aircraft. This was coupled with occasional visits to Charles Prince Airport for the air rallies.

“In flying, each day is different. However, the most memorable experience was my first solo. It was the most amazing feeling ever, the freedom of it all, the mere fact that the instructor no longer possessed power over me,” said Ncube.

“After passing the commercial pilot`s test and multi engine instrument rating, l then proceeded to PTC aviation for the crew resource management course and the multi crew course on the Boeing 737-800,’’ said Ncube.

She added: “The road to where I am today was not easy. I was training with men, carrying out the same duties with them and we were expected to perform equally.’’

`My word of advice to other women and girls is you can, you will and you need to work hard and never give up,’’ said Princess.

As a pilot, Ncube said her secret to success is prayer, enthusiasm, confidence and knowing what she wants in life.

News Muza Mpofu - 20 April 2021 0
A SELF-STYLED prophet and son of a prominent church pastor was on Saturday humiliated during his wedding in Budiriro. The wedding, however, proceeded after the...
Loading...