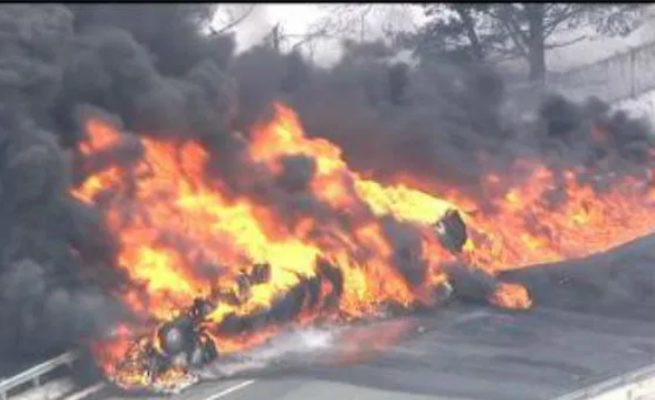 A truck driver last week met his tragic end in an inferno which engulfed his truck after crashing into the trailer of another truck which he was trying to overtake.

Zinyakatira tried to get back to his lane to avoid head on collision with the oncoming traffic and rammed into the trailer of the truck he was overtaking before his truck overturned and landed on its side.

Masvingo provincial police spokesperson Inspector Kudakwashe Dhewa confirmed the death of Zinyakatira who was burnt beyond recognition when his truck burst into flames upon landing on its side.

Zinyakatira had a passenger in his truck who managed to escape from the burning truck but sustained leg injuries and burns on his stomach.

The passenger was later on ferried to Neshuro District Hospital where he is reported to be in stable condition.

The remains of Zinyakatira were also ferried to the same hospital.