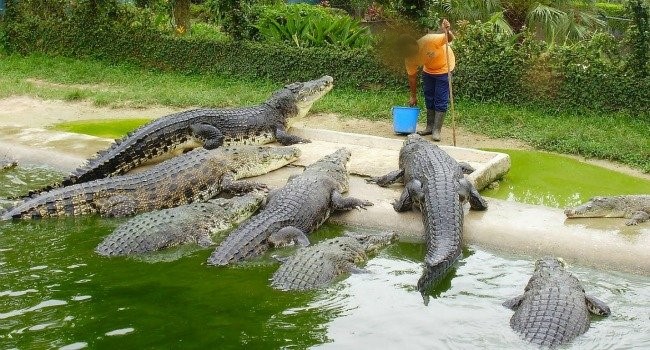 A BULAWAYO man who claimed to be a crocodile farmer, has been fined $200 for threatening to feed a 42-year-old Nkulumane man to reptiles after accusing him of impreg_nating his wife.

Mkhululi Dube of Nketa appeared before Western Commonage magistrate Tancy Dube facing charges of threatening to kill Promise Dube and was convicted on his own plea of guilty.

The magistrate fined Dube $200 and if he fails to pay he would spend 30 days in jail.

Prosecutors said on March 16, the two who are not related, were at Nketa where Mkhululi directed Promise to drive him to Nkulumane complex.

The convict later threatened to kidnap and kill the complainant and feed his body to crocodiles if he failed to pay the damages.