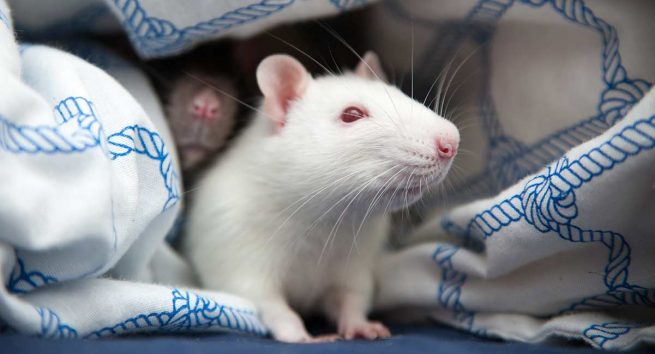 EVIL rats have tormented sangoma Nobuntu Ncaminkosi (38) ever since she arrived in Ebumnyameni squatter camp in Jeffreys Bay, Eastern Cape.

“I come from Lusikisiki and did my sangoma training in KZN in 2014. But I’ve never experienced this kind of evil,” she said.

She said her neighbours complained about the rats that ate their groceries, clothes and furniture.

The area is filthy and rubbish isn’t collected by the municipality. It’s piling up next to houses, but Nobuntu believes her rats are sent by jealous people.

“The rats are damaging my stock and strong muthi.”

But when she lights impepho, rats come out and chase one another in front of the clients, making her lose her focus.

“They’re white like goats and as big as a man’s foot. They arrive the moment the clients come to my indumba,” she said.

“I’m supposed to keep the money for three days in my indumba before I can use it, but I can’t do that because these rats eat it.”

“The muthi I use to communicate with my ancestors and cleanse people with, because I practise both as a sangoma and prophet, is destroyed daily,” said Nobuntu.

The mother of four said she was also no longer enjoying poking with her husband.

“The rats climb on our bed and run on the mattress. If we don’t stop, they start eating the mattress. They eat fruit and vegetables, and dig holes in the floor.”

Nobuntu said she’d killed many rats but they kept coming back.

“However, I won’t stop helping people because this is my calling,” she said.

Sangoma Mamgwevu from Zwide said there were people whose customers Nobuntu took, and they see her as a stumbling block.

Nobuntu said: “Four years ago a sangoma said I was cheap. She said I must charge people from R2 500, not R1 500 after several rumours izangoma were complaining I was killing their businesses.”