THE trio accused of torching and stealing money from prominent doctor, Johannes Marisa’s Ruwa house, has been further remanded to May 17. 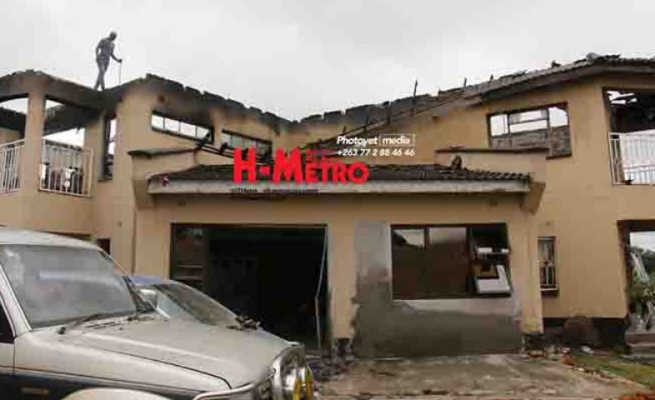 The State argued that it needed more time to get details from the Harare Fire Brigade.

Mahutse — who is now out on bail — is Dr Marisa’s sister’s son while Chavhunduka was his driver and Ekaya was employed as a gardener.

They are all being accused of stealing US$50 000 and setting Dr Marisa’s house on fire. It is the State’s case that on January 29, the trio hatched a plan to steal from Dr Marisa.

Mahutse and Chavhunduka, it is alleged, entered the doctor’s bedroom, broke the wardrobe locks and stole a bag containing US$50 000.

Ekaya is said to have taken two litres of petrol from a storeroom, which was meant for the lawn mower, and used it to burn the house in connivance with his two accomplices, the court heard.

It is said the trio lied to Dr Marisa that the fire had been caused by lightning.

Dr Marisa hired experts from the Zimbabwe Electricity Transmission and Distribution Company (ZETDC), who ruled out an electrical fault, leading to the arrest of the trio.

According to the State, Mahutse made no effort to rescue Dr Marisa’s children who were in the prayer room.

Mahutse reportedly entered the prayer room when the house caught fire, but did not rescue the children and walked out without alerting them.

The children had to escape through the windows after noticing danger.