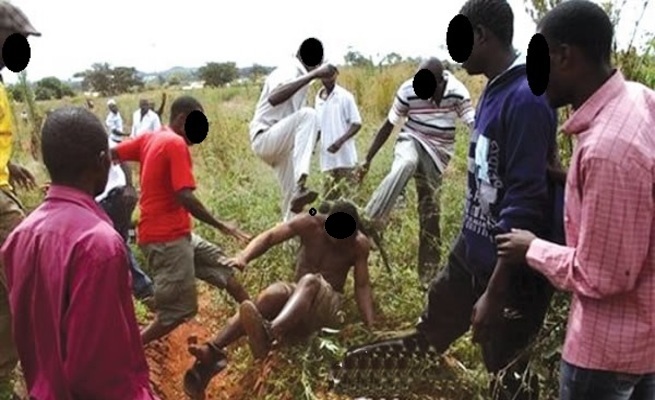 A Marange man was severely attacked by a mob at Chindoti Business Centre after being caught with stolen goat meat and other farm produce.

Brendon Bundo is lucky to be alive and has the police to thank after they rescued him from the fists of an angry mob which had ganged up on him after it was discovered that he had helped himself with the Mufumira family’s goat and farm produce from the community.

Noah Mufumira and his wife Evidence Zembe realized that their goats were missing and went out to look for them.

They found some of their goats at the business centre but one was missing and they kept looking.

Their search led them to an abandoned building close to the business centre where they were welcomed by a trail of blood and goat skin and all signs that their goat had been slaughtered in the building.

The couple went out and gathered some villagers who waited for Bundo to return and answer to his transgressions.

Unaware that net had already closed in on him, Bundo returned and was ambushed at the business centre.

He was savagely assaulted until the police were called in to the rescue.

Bundo confessed to the crime and took the police to his loot before being arrested.