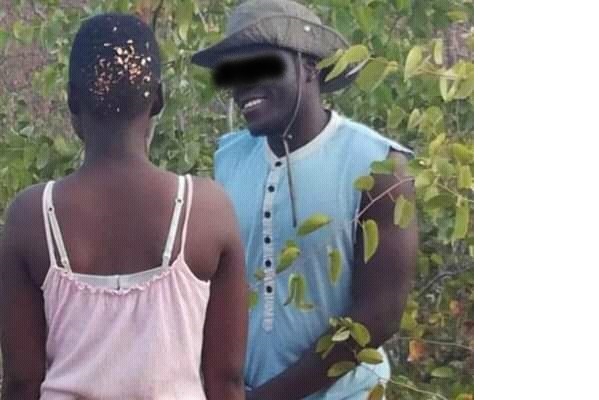 A 23-YEAR-OLD man from Jambezi on the outskirts of Victoria Falls who impreg_nated a 14-year-old Form Two girl, forcing her to drop out of school has been ordered to perform community service at a nearby primary school.

Zacharia Nyoni who lives in Zhulandangalilo Village under Chief Shana proposed love to the girl, who cannot be named to protect her identity, in April last year and the two had consensual se_x in October.

Nyoni took the girl to a bush in Makororo Village on two occasions where they had se_x resulting in the juvenile falling preg_nant.

The girl’s mother suspected that her daughter was preg_nant and confronted her in November.

The girl denied being preg_nant and her mother summoned a paternal aunt who quizzed her until she revealed that she had se_x with Nyoni.

The girl was taken to Jambezi Clinic for a preg_nancy test and results showed she was one-month preg_nant.

Nyoni pleaded guilty to having extra-marital se_xual intercourse with a young person when he appeared before Victoria Falls magistrate Ms Linda Dzvene.

The magistrate sentenced him to 18 months in prison before suspending six months on condition that he does not commit a similar offence within five years.

The other 12 months were suspended on condition that Nyoni completes 420 hours of community service at Neluswi Primary School in the same area.

Nyoni admitted in court that he knew the girl was under-age but went ahead and had se_x with her because she had consented.

Prosecuting, Miss Audrey Mukanganya said Nyoni was arrested after the girl’s family took the matter to the police.

“The matter came to light after the complainant became preg_nant,” said Miss Mukanganya.

The girl is now six months preg_nant and not going to school.

News Sekai Moyo - 8 May 2021 0
A man was left bloodied after he was assaulted at a party by his close friend, who accused him of dancing in a se_xually...
Loading...