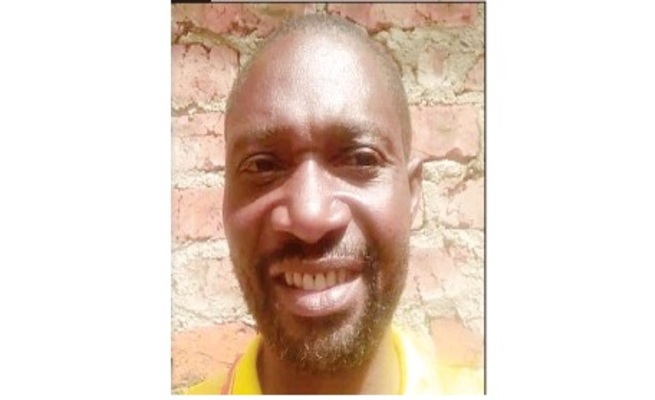 A CHITUNGWIZA couple’s marriage of 17 years has crumbled. 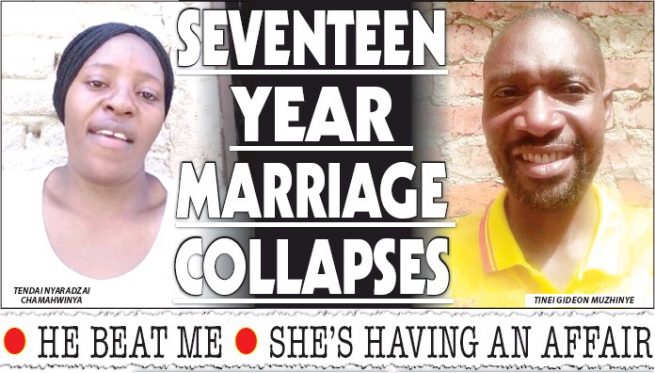 Muzhinye says he found love messages between his wife and her boyfriend, Zviito Kembo, who works for a tobacco company.

However, his wife claims she left him last year because he was abusive and always beat her up.

She claims she only met Kembo after leaving Muzhinye.

Kembo says he only fell in love with Chamahwinya after she satisfied him that she and her former husband had separated.

Muzhinye said his wife left last year and has only come to their home twice.

He alleges his wife left their Chitungwiza home after being transferred to work in Epworth on December 20 last year only to return on February 13 this year to collect some of her belongings saying she didn’t have enough money to check on the family regularly.

The two have three children aged 17, 13 and eight.

“My wife started working for a church member in August last year in town and got transferred to Epworth in September last year. She used to stay with my uncle, but in no time she told me that she was going to stay alone and would come home regularly.

“It all started in September when she stopped coming back only to resurface on December 20 saying she wanted a few utensils and clothes as she could no longer come back regularly.

“She went for good and came back on February 13 to take other things. I made a follow-up on February 17 with our youngest child.

“On the night, she opted to sleep elsewhere at around 2am after several attempts to have sex with her were turned down,” said Muzhinye.

He said after she left, he found her phone which had love messages from Kembo and other men, with one being a police officer stationed at Harare Central Police Station.

“After discovering this, I went to her parents’ home in Buhera where she was summoned, but refused to come saying she did not have bus fare.

“I then returned home and I am staying with my children,” said Muzhinye.

Chamahwinya confirmed being in love with Kembo and said Muzhinye was abusive.

“He was abusive and I left him; he would beat me and I moved on,” she said.

She said she was taking her husband to court so that she can have access to her children.

“I am going to court because I want to see my children.

“When I took my belongings, we had separated. He is mad.”

Kembo said he was in love with Chamahwinya as he knew that she was single.

“I know she is single and her relatives now know me.

“She was having issues with her husband and I told her to solve the issues.

“I started knowing of the marriage after Muzhinye came home and Chamahwinya slept in another room.

“They had their issues which I told Chamahwinya to resolve.

“What I know is they separated and I am now in love with her,” said Kembo.

Kembo said if the two were still in love, he wouldn’t want to destroy their marriage.

He sent Muzhinye a message urging him to resolve the issue amicably.