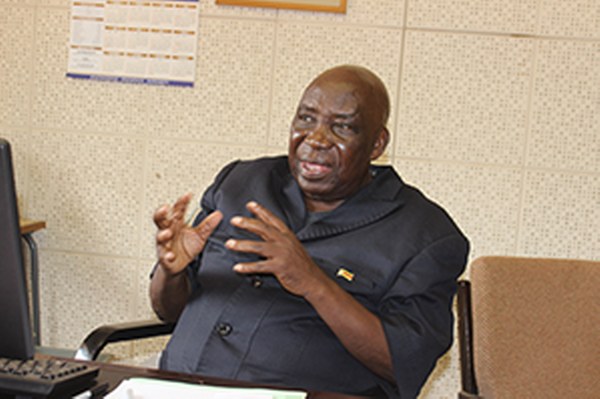 A STATE witness in the trial of former University of Zimbabwe (UZ) vice-chancellor Levi Nyagura who is accused of single-handedly awarding a PhD to former First Lady Grace Mugabe yesterday told the court that Claude Mararike, who supervised the awarding of the degree, was not qualified to do so since he was only a holder of a master’s degree.

Wilbert Sadomba, who said he was chairperson of the faculty of sociology, told court that he was not consulted and did not see Grace’s registration in the department.

Sadomba said there were minutes on how Grace got her PhD, but had no knowledge if the meeting ever took place.

He said Nyagura as the vice-chancellor had the sole responsibility of approving the awarding of degrees.

Sadomba said Justine Tandire, who was the research assistant, was also not qualified to be the assistant since he was appointed by a person who was not qualified.

But under cross-examination, Sadomba admitted that there were progress reports and research material to prove Grace’s awarding of the degree.

Sadomba also revealed that he was not a member of the sociology department at the time that Grace was a student at the university.

Last week, another witness, Julius Musevenzi, told the court that there were documents which showed that Nyagura was working with other UZ staff who were involved in admitting Grace as a PhD student.

Nyagura’s lawyer Tawanda Zhuwarara then asked the witness if he was admitting that the ex-UZ boss did not single-handedly award the degree to Grace, to which he said Nyagura was working with others.

Musevenzi also revealed that Mararike was responsible for ensuring that Grace complied with university regulations.

Allegations are that sometime in 2011, Nyagura single-handedly accepted and approved Grace’s application to study for a PhD in sociology without the knowledge and recommendations of the departmental board and faculty of higher degrees committee in violation of UZ quality assurance, guidelines and benchmarks.

It is alleged that during the same period, Nyagura covertly appointed Mararike and a Chaneta to supervise Grace’s thesis without the knowledge and approval of the departmental board of sociology.

Nyagura allegedly led supervisors and examiners to Grace’s Mazowe Estate where the defence of oral examination was purportedly done.

Ideally, the oral examination was supposed to be done on campus.

He allegedly abused his position by showing favour to Grace, who did not meet minimum requirements to study for the degree.

It is alleged Nyagura’s actions compromised the standards of the country’s education system.