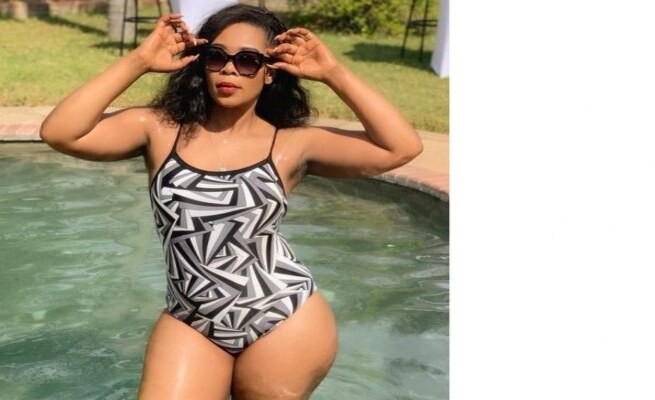 Things are really looking up for actress and comedian, Madam Boss as she has just clinched yet another acting role on a South African telenovela, uBettina Wethu, that country’s own version of Ugly Betty.

She received this news yesterday as she was on holiday in Kariba and had to cut short her vacation to prepare to travel to South Africa as she will be on set tomorrow.

The fast-growing actress returned to the country last week from Nigeria where she was shooting for another film production. Last month, she was in South Africa shooting a drama.

Announcing the latest role, Madam Boss’ casting agent, Becky Casting Agency that operates from South Africa wrote: “Guys, help me to congratulate this amazing and talented lady. She has been cast to feature on SABC 1s new telenovela, uBettina Wethu as Aminata.”

The agency, whose boss is Zimbabwean, went on to urge Madam Boss to proudly showcase her talent to South Africans.

“Come and show South Africa your talent. We are proud and humbled to represent your phenomenal talent.”

On her part, a visibly excited Madam Boss thanked Becky Casting Agency and her husband, Ngoni Munetsiwa for believing in and supporting her. She went on to plead with the agency to also assist fellow Zimbabwean actors so that they get acting roles in the neighbouring country.

“Thank you Becky Casting Agency. Please assist my fellow actors and actresses here in Zimbabwe, please Becky I beg, this is big.

“Thank you my husband Mhofela for allowing and supporting my dream,” wrote Madam Boss on her Facebook page.

This is not the first time she has pleaded with Becky to assist fellow actors as she did so during her first shoot with her in South Africa. It shows that Madam Boss is not selfish and hopefully, Becky will heed her call and extend the opportunity to fellow Zimbabweans.

The likes of Madam Boss and Chrispen Nyathi who is acting on Mzansi’s Diep City series are definitely turning things around as they are representing the country well.