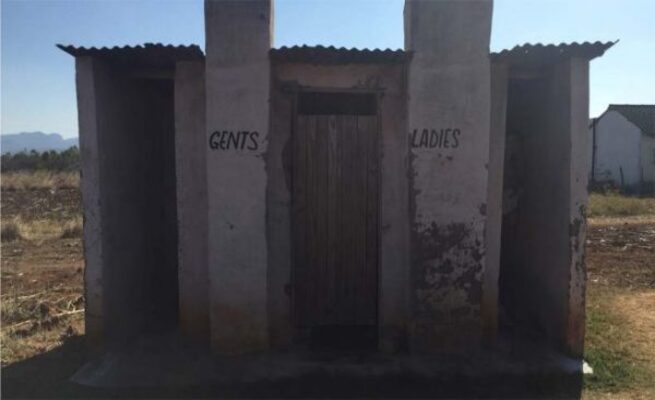 Villagers in Zimbiru in Domboshava were left shell-shocked after they were forced to dig down a Blair toilet after hearing faint cries of a newly born child.

The baby was dumped by the unknown mother and a young boy who was about to bath for school alerted his grandmother after hearing the crying sounds from the pit.

Witnesses who spoke to this publication said:

“Mukomana uyu was about to bath in preparation to go to school when he heard the baby crying.

“Upon noticing that, he called his grandmother who then advised neighbours.

“Villagers then gathered and dug the toilet in order to save the innocent soul which was crying inside.

“The baby was then taken out and it’s a baby girl,” said the witness.

Several bruises were discovered around her neck, head and on her belly.

Unfortunately, the baby had died when it was taken from the latrine.

“Around the homestead, a pit was also discovered again showing how the mother tried to cover up the baby using sand.

“The corpse was then taken by Chinamhora police,” added another witness.