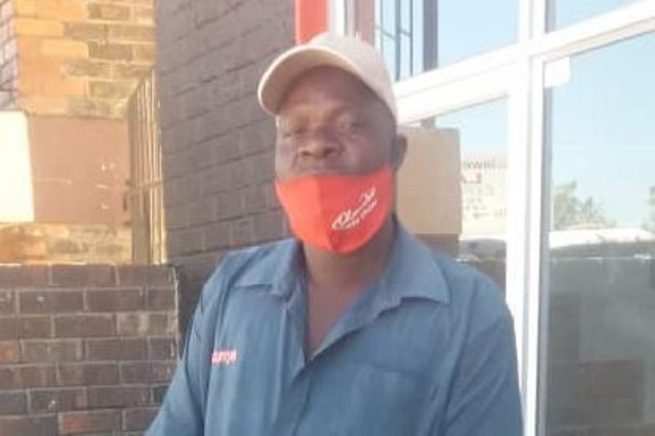 Two prominent MDC activists, Charles Zvenyika who is the information secretary for Gutu North and Edward Chagonda who holds the same position in a branch in Gutu Central have been arrested for allegedly wearing red masks inscribed MDC Chamisa Chete Chete.

Nelson Chamisa is the president of the MDC Alliance.

The two who were arrested at Mpandawana Growth Point on April 13, 2021 will appear at the Gutu Magistrates Court tomorrow after they spend almost a week in custody.

They are being charged with the crime of criminal nuisance. They are represented by Knowledge Mabvuure of Chihambakwe Legal Practitioners who during discussions with prosecutors expressed shock that someone can be incarcerated and lose freedom over such a minor offence.

State witnesses Constable Munyaradzi Mashamba and Rufaro Kufakunesu said they arrested the two at the main bus rank at Mpandawana for touting and Chagonda has an additional offence of not properly wearing a face mask.

They alleged that they were shouting Harare, Harare at a Mukumba Bus where they were calling for passengers. They also accused Zvenyika of loading passengers into his personal vehicle.

However, the accused in their defense outline said that they neither worked for Mukumba Bus nor did Zvenyika own a car. They said, instead they are well known MDC activists and they were on the day wearing red masks inscribed Chamisa Chete Chete.

They were allegedly advised by the arresting cops that Police in Gutu did not recognize opposition party masks. They were taken to the Police Station for payment of fine but they were shocked to see the charge being changed to touting. They were locked until in the cells until Mabvuure applied for their bail.

The international community is increasingly worried by the worsening human rights violations and harassment of opposition supporters by the Police and the ruling party.