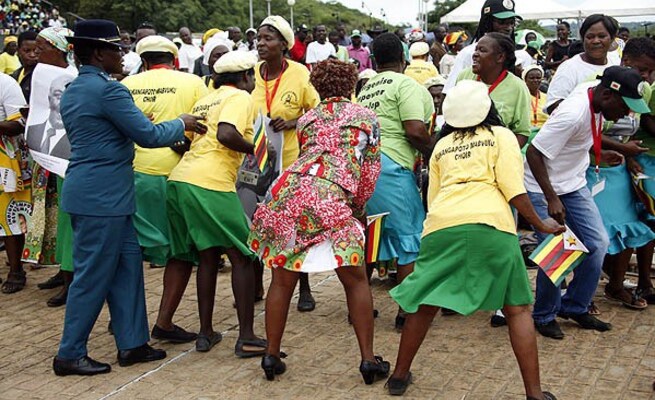 MORE than 100 people drawn from MDC-Alliance and Mthwakazi Republic Party (MRP), including a former legislator on Saturday defected to Zanu-PF in Hwange district saying they wanted to work with a party that is pro-people and development.

The ruling party’s Hwange District Coordinating Committee (DCC) held a meeting at Chinotimba Hall on Saturday where defectors were welcomed by scores of party supporters.

One of the defectors who is one of the MDC-T founding members and former MP for Hwange West Mr Peter Nyoni said he lost faith in the party when its president Morgan Tsvangirai died and has been contemplating joining Zanu-PF since then.

Scores of excited party supporters and representatives of other political parties as well as Victoria Falls City council, Hwange Local Board and Hwange Rural District Council representatives among other stakeholders attended the DCC meeting.

The DCC chairman Cde Mathew Muleya invited the new members to rise and be introduced to the party prompting the supporters to erupt in song and dance.