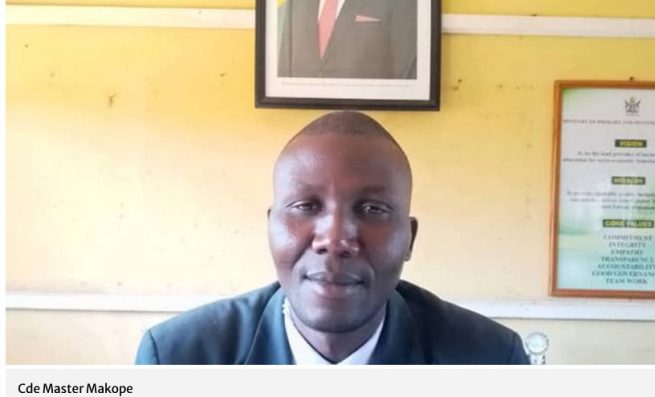 A school headmaster at Avhunga Secondary School, Cde Master Makope has won the Zanu PF primary elections in Mwenezi East where a parliamentary by-election is looming.

Cde Makope(44),who is also the Zanu PF Mwenezi District Coordinating Committee(DCC) secretary for commissariat, on Saturday polled 2576 votes to outgun 12 other candidates who were vying for the right to represent the ruling party in the by-election whose dates have not yet been set.

The by-election will be held to fill a vacancy created after last year’s death of Cde Jusby Omar who was the House of Assembly representative for the area.

Speaking after his victory Cde Makope pledged to develop Mwenezi East and help in the implementation of programmes that are in sync with Vision 2030.

Polling took place at 33 centres across the constituency with a team led by provincial secretary for commissariat Cde Jevas Masosota presiding over the polls.