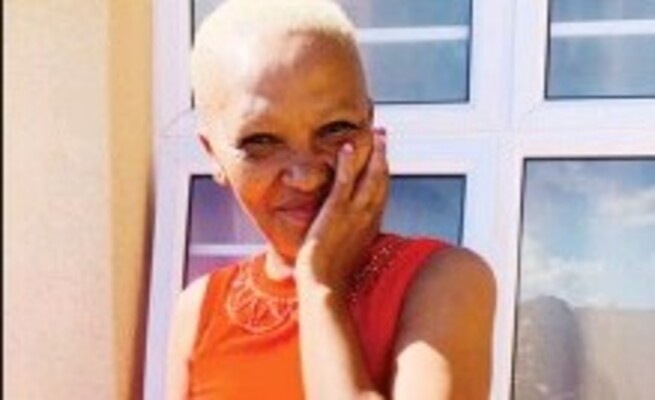 A 48-yearold Gugulethu woman died after being allegedly stabbed to death by her boyfriend after a heated argument in bedroom last week.

Brenda Mqela, the daughter of one of the founding members of Ilitha Labantu, an organisation advocating for the rights of children, died due to stab wounds at the boyfriend’s home. Her heartbroken father, Bathembu Moni, says he does not know what led to the argument.

“I am told they started dating in December. The incident happened around 9pm but the people only got access to the house around 11pm. This has shaken us, it was a gruesome murder which I cannot explain.”

Siya Monakali, spokesperson for Ilitha Labantu, says they are deeply saddened by the murder.

“As an organisation that advocates for the right of women and children for over 32 years, we are deeply saddened by the brutal murder of Brenda Mqela at the hands of her intimate partner.

“The spike in incidents of femicide taking place in South Africa, and particularly in the Gugulethu community, is deeply concerning as women are being unjustly brutalised at pandemic rates, and we further urge women who are in abusive relationships to speak out so that they can receive the necessary support they deserve.”

He adds that they will be organising a march to the police station and petition the court to implement a harsh sentence.

“As an organisation, we will do everything within our power to ensure that justice is served and appeal to our justice system to impose the harshest sentence on the suspect.

“On Thursday, we will be marching from the Gugulethu police station to NY 3A (house of the accused) to break the silence of violence perpetrated on women in this community and urge all residents to take a stand against these injustices.”

“Gugulethu police are investigating a murder case after a stabbing incident on Tuesday at 10.40pm at NY 3a Gugulethu, where a woman aged 48 was stabbed and fatally wounded. A 66-year-old suspect was arrested the same night and appeared at Athlone Magistrates Court on May 7 on the mentioned charges.”

The case was postponed for a bail hearing and the suspect is set to appear again on Friday.