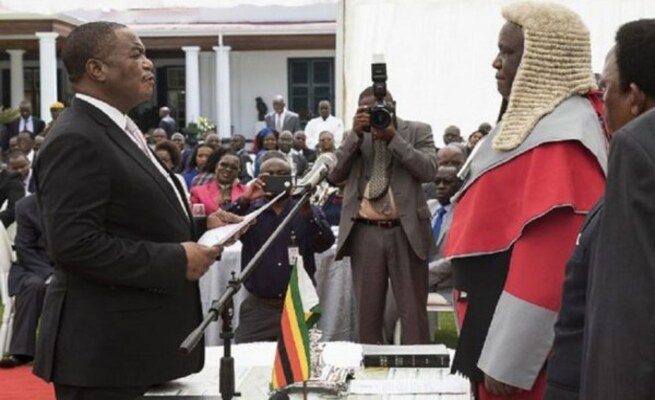 President Mnangagwa has extended Chief Justice Luke Malaba’s service in office for up to five years depending on yearly medical reports proving he is still mentally and physically fit to continue in the esteemed judicial office.

Chief Secretary to the President and Cabinet Dr Misheck Sibanda has written to Chief Justice Malaba advising him that: “His Excellency, the President of Zimbabwe, has considered your election to continue in the office of the Chief Justice beyond the 70 years, for an additional five years,” in a letter dated May 11, 2021.

“He has further considered and accepted the medical report which you submitted as proof of your mental and physical fitness to continue in that office.

“I am pleased to advise you that, after consultation with the Judicial Service Commission as required by law, His Excellency, the President has, in terms of section 186(1) of the Constitution, accepted your election to continue in the office of Chief Justice beyond the age of 70 for an additional five years from May 16, 2021.”

The Chief Justice Malaba turns 70 on May 15 and was due to go on retirement in terms of the provisions of the original 2013 Constitution.

However, under the recently passed Constitution of Zimbabwe Amendment (No. 2) Act, which was signed into law by the President last Friday, Chief Justice Malaba will continue being in office for up to five years.

The new law allows judges to continue serving on the bench until they reach the age of 75 if they are deemed to be still in good health.

In considering the Chief Justice’s stay in office, President Mnangagwa considered the top judge’s medical report, which proved that he was still mentally and physically fit to continue in the esteemed judicial office.

“I can confirm that the Chief Justice’s term of office has been extended,” he said.

Chief Justice Malaba was appointed as the head of the Judiciary in March 2017 after the retirement of the late Chief Justice Godfrey Chidyausiku.