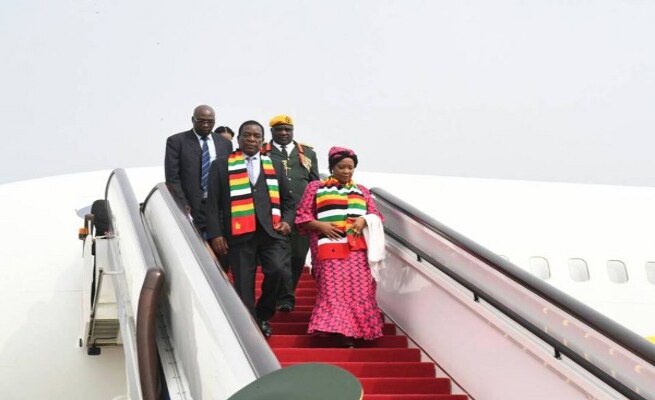 President Emmerson Dambudzo Mnangagwa returned home from Uganda last night. He was accompanied by Foreign Affairs and International Minister Ambassador Shava and the Deputy Chief Secretary-Presidential Communications in the Office of the President, Mr George Charamba.

Mnangagwa was among Heads of State and other dignitaries who attended the 6th swearing in and inauguration ceremony of Ugandan President Yoweri Kaguta Museveni.

The colourful ceremony that was held under strict Covid-19 regulations, saw 11 Heads of State, a section of the Ugandan population, and other friends of Uganda drawn across the continent converging to witness President Museveni take his oath of office at Kololo ceremonial grounds.

The small crowd roared in excitement when President Museveni announced that President Mnangagwa was among the dignitaries in attendance.

It was a similar treat on Tuesday night when President Museveni hosted a banquet where social distancing and strict Covid-19 regulations were observed.

Only 4 000 delegates including supporters were allowed to attend the inauguration with the rest of the people following the events in their homes or social media platforms.