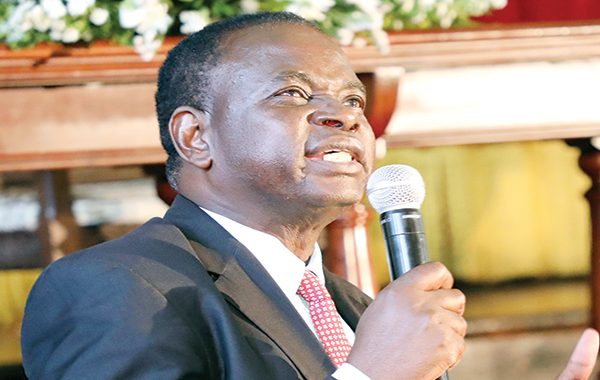 Bulawayo City Council is on a collision course with residents after Town Clerk Mr Christopher Dube said the local authority will take drastic action that could see ratepayers losing their homes over unpaid bills.

Residents have threatened to sue council should it go ahead with the “ill-advised strategy”.

The local authority is battling to collect over $1,1 billion in arrears owed by residents, businesses and Government departments in the city.

Council is grappling with a ballooning debt which has left the city technically insolvent as its debtors almost equal its creditors.

The city is under fire from residents due failure to attend to burst sewers on time, dilapidated road networks, failure to consistently provide water and collection of refuse.

Mr Dube told a media briefing on Tuesday that water disconnection was not an effective debt recovery strategy.

He said council will be forced to take radical measures to force rate payers to clear their debts.

“We are not going to be using one strategy (water disconnections), we are going to use so many of these strategies. First, we will disconnect you, if it doesn’t work, we will take you to court and, in the end, you will end up losing your property,” said Mr Dube.

He said council was doing its best to educate the public about the need to religiously pay bills.

“We try to conscientise our residents through various forms of media and also through our councillors. We also try to make sure that the money that has accumulated through a 10 percent retention scheme is also used in various wards so that people can understand that payments is good for everyone maybe that will also encourage the residents. The serious one would be taking you to court and take away properties unfortunately,” he said.

The town clerk said it was not enough for residents to claim that they were facing challenges and cannot afford to pay bills as this affects service delivery.

“For as long as everyone is struggling and everyone is not settling debts, how then are we expected as your council to deliver? For services to be delivered there has to be some payments. I know there will always be a debate on which comes first an egg or a chicken, it’s all for you to say but I will tell you there will be no service that would come for as long as there are no resources. The services that you are getting is the level of resources that you are putting to the coffers,” said the town clerk.

“If $1,2 billion which is owed is paid, the service would have been better than what it is now. What this means is that those who are paying religiously are being short-changed by those who are not paying. Please let’s pay, council is for us all. I can tell you if we all pay, as council we have all the strategies to make sure that people get the services.”

Mr Dube said every resident should shoulder the blame when services are crumbling.

“At the moment the situation continues to deteriorate, we are not able to pay the person who is supposed to be delivering the service. How will they deliver the service if they are not being paid? It’s a painful situation. We understand how people feel but let’s put our heads together, it’s not something that council can do alone without the residents. It’s for us all to make sure this thing is done and done properly,” said Mr Dube.

Bulawayo Progressive Residents Association coordinator Mr Emmanuel Ndlovu said the council would have faltered if it decides to attach people’s properties for defaulting on rates payments.

Mr Ndlovu said residents were worried that the relationship between council and stakeholders continues to be strained.

“However, when the council decides to take residents to court, we will be forced to also take it court. At the moment it’s as if the council is operating on directives and this started when the water situation improved at the city’s supply dams. Before the council seemed to understand. It is the same council that is supplying residents with water that is contaminated with sewer, that is failing to collect refuse among other services,” said Mr Ndlovu.

He said calling the council out on its failures is not an excuse for residents to default but the council should try to find common ground before taking drastic actions.

The city council has previously attached property for defaulting residents before suspending the exercise in April 2012.

Suspending the exercise, the council said it had negotiated with the defaulting residents before coming up with the resolution.

The council at the time said it could not employ debt collectors as it was not economic to unleash them on residents who individually owed the local authority little amounts.

BCC said debt collectors could only be deployed to corporates and other organisations that owed significant amounts of money.