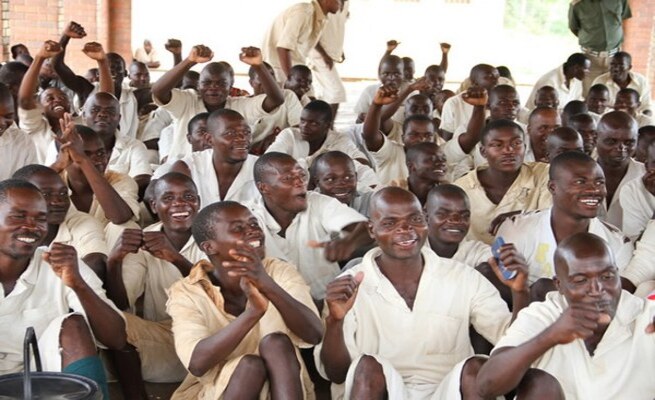 HEINOUS crimes involving grisly murders committed by mentally challenged individuals have alarmingly been on the rise, and so, too, have been criminal offences such as rap_e and theft.

While some of the offenders are known mental patients, others are only diagnosed as psychologically unstable after committing the crimes.

The disturbing incidences seem to have increased exponentially during the coronavirus-induced lockdown, raising fears many people might be grappling with mental health issues without seeking medical attention.

The Zimbabwe Prisons and Correctional Services (ZPCS) says there is an unprecedented increase in inmates committed to psychiatric units at most of the country’s correctional facilities.

By May last year, the figure of convicted and confirmed criminal mental patients involved in ghastly crimes spiked to 374, before ballooning to 560 this year.

There are fears that many people might be grappling with mental health issues without seeking medical attention.

Over 400 suspected mental patients undertook psychological appraisal in the past year.

“Our psychiatric units are overpopulated now because of this unprecedented spike in cases involving mentally unstable persons, and most of these offenders committed very serious crimes,” said ZPCS spokesperson Superintendent Meya Khanyezi.

“Within our facilities, we give them medicine until they recover and are eligible for release.”

When one has fully recovered, they are reviewed by a board that makes recommendations to a tribunal, which should then sit and consider if indeed the patient is fit for release or not.

Early last year, a Chinhoyi mentally handicapped man was incarcerated for murdering his lover before moving around with her dismembered private parts.

The man slit the victim’s throat with a pocket knife and stabbed her several times in the stomach.

Later on that year, a mentally ill Gutu man assaulted two minors, aged two and five, with open hands before he fatally struck one of them with a brick on the head.

Barely a week later, another psychologically unstable 40-year-old man — again from Gutu — attacked and killed his 80-year-old father with a hoe before turning on his mother, who was left unconscious.

It is a microcosm of the cases that are being reported countrywide.

However, it is suspected that some of the crimes go unreported, particularly in remote areas.

Serenity Mind Centre specialist psychiatrist Dr Anesu Chinoperekwei, who evaluates offenders, said their database shows a massive spike in mentally ill patients over the recent past. She said at least five patients now require mental evaluation per day compared to an average of seven people per week before the lockdown.

What is also alarming is that most mentally ill people are never taken to hospital and do not take any medication.

“It is worrying to note that what we have in the database is far less than the actual number of people who are mentally ill, and that is dangerous for any community,” she said.

“ZRP is concerned with crimes occurring around the country…some of these cases are being committed by mentally challenged people who are not on medication.

“We are acting hastily while urging members of the public to ensure that mentally challenged persons are assisted in getting medical attention quickly and regularly,” said ZRP spokesperson Assistant Commissioner Paul Nyathi in a statement.

Chikurubi Maximum Security Prison psychiatric unit matron Gladys Makora, who is also the principal correctional officer, has been working at the facility since 2006.

She has had to deal with patients who are vicious and violent.

“Some of them can be very calm in such a way that it is difficult to identify them as mental patients … However, some cases are extremely serious. I recall of one patient who murdered a fellow villager, chopped, cooked and ate the meat,” narrated the matron.

“Of late, our biggest challenge is shortage of medicine because we are dealing with very high numbers.”

When a person’s illegal conduct is a result of a mental disorder, the court is required to give a special verdict in terms of Section 29 of the Mental Health Act of 1996.

Kadhau Law Chambers lawyer, Meluleki Lunga, said in any case, the court should ascertain whether or not the person is mentally stable for trial.

“If they are found to have been ill at any time, then they are not treated in the same manner as those who are sane; their situations and sentences are different,” said Lunga.

If an accused committed an offence while they were mentally unstable, police still have powers to arrest them provided they apply for a reception order, which is issued by a magistrate or judge directing that an accused be moved and detained into a psychiatric institution.

The two practitioners should grant the magistrate a certificate showing that the person is mentally unstable and is a danger to himself or others.

Psychologist and University of Johannesburg post-doctoral researcher Dr John Ringson said there are a lot of myths and mysteries surrounding mental health issues.

“Usually those who turn out to be violent in most cases would be as a result of curses, be they individual or family,” he said.

“In mental situations, medical attention may work, especially in cases of drug and alcohol abuse, but spiritual remedy would be the most ideal in some instances. Such cases were rare in the past because older generations were quick to consult and fix the problem(s) before they went out of hand.”

“People need to trace where mental issues are coming from. They may discover that their forefathers murdered someone years back and now the spirit is avenging,” she said.

“Although one may take their medicines daily, such problems need spiritual attention.”

Traditional healer Mbuya Calista Magorimbo added: “In some cases, ‘vamwe vakaromba’ and they use their children or family members to become rich. Even if they are jailed for committing the crimes in whatever state, it is key for families to seek spiritual remedy.”

Recent studies conducted in the United States showed that of the crimes committed, only 7,5 percent were directly related to symptoms of mental illness.

Researchers analysed 429 crimes committed by 143 offenders with three major types of mental illness and found that 3 percent of their crimes were directly related to symptoms of major depression, 4 percent to symptoms of schizophrenia disorders and 10 percent to bipolar disorder.

News Cynthia Goba - 30 July 2021 0
A 32 year old man from Bikita was recently stabbed to death by his drinking partner after a dispute had erupted when they had...
Loading...