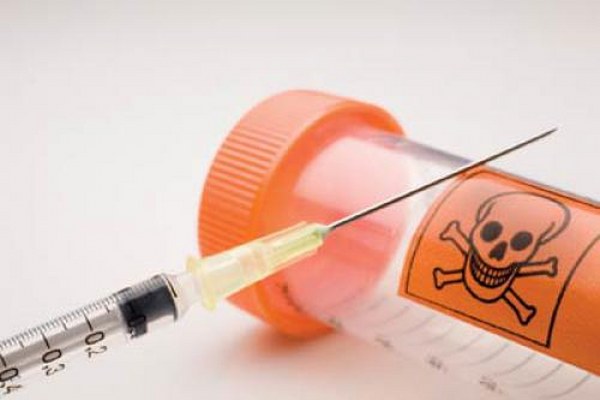 A MAKONI man allegedly administered a poisonous pesticide on his two months old son using a syringe, thereby killing him instantly following a domestic dispute with his wife.

Brenton Dengwani Guri of Chawa Village under Chief Makoni has since been inducted to stand trial before a Mutare High Court judge for the murder he allegedly committed in October 2019.

He allegedly administered the pesticide orally.

A post mortem done by Dr Karembo concluded that Panashe’s cause of death was poisoning.

The State led by principal public prosecutor, Mr Malvin Musarurwa, will call 13 witnesses who will testify when the trial opens next week.

A post mortem result, the pesticide container and the syringe used will be produced in court as exhibits.

Soon after his arrest, Dengwani admitted to killing his son, saying he also wanted to take the same pesticide and end his own life due to the domestic problems he was having with his wife.

“I admit to the allegations being levelled against me. I wanted to use the pesticide in my garden. I intended to trap a creature which was preying on my pigeons, but then l did not use it as intended.

“After a misunderstanding with my wife, I thought of taking that pesticide and administering it on our child. I also wanted to ingest it with the intention of ending my life so that we would leave my wife alone. However, I did not manage to ingest the poison,” he said in his warned and cautioned statement.