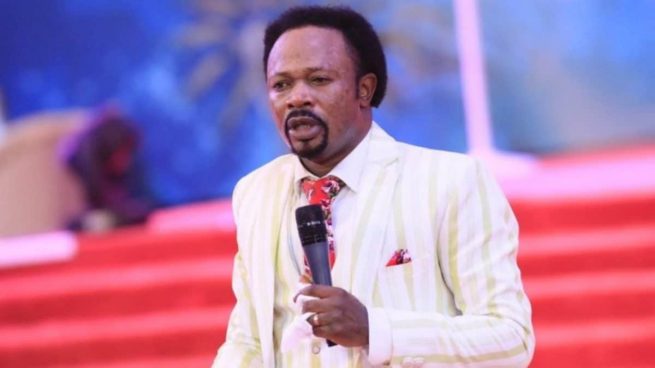 Prophet Joshua Iginla, the General Overseer of Champions Royal Assembly, has disclosed what the late televangelist, Prophet Temitope Balogun Joshua told him about his death after he gave him a prophecy.

Iginla recalled that TB Joshua, who is the founder of the Synagogue Church Of All Nations (SCOAN), said he was not afraid of death and was ready to die at any time.

Iginla added that when he communicated the vision to him, TB Joshua said: “Thank You, my brother. If it’s His wish to keep me, He will keep me.

“There is nothing I am afraid of anymore. I think I have done the work the Lord sent me for. I will always take a bow to the sovereignty of God”.

He referred to the deceased as a man of humility, ambassador of love to the less privileged, and a blessing to the body of Christ.

The televangelist died on Saturday evening in Lagos shortly after a church service at the SCOAN.

TB Joshua was said to have died while on his way to the hospital and his corpse has been deposited at the Isolo General Hospital.