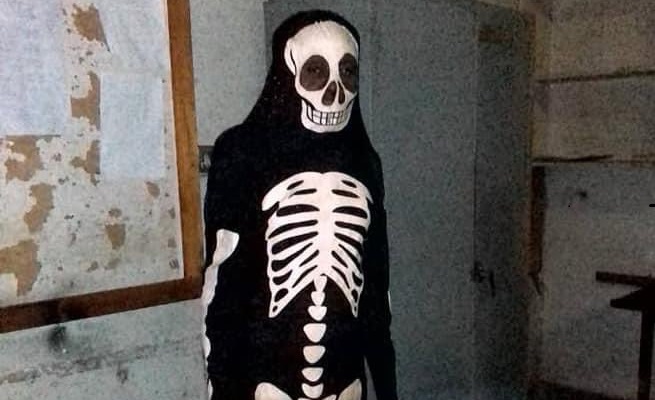 A 27-year-old Masvingo burglar, who dressed like a ‘ghost’ to frighten his victims before robbing them, has been sentenced to three years.

Chagwiza was sentenced to an effective three-year jail term.

The court heard that on May 13 around 1am this year, Chigwiza wore his frightening ‘ghost’ suit before pouncing at the home of one Elizabeth Chipika from the same village, armed with a machete.

Out of fear, the woman gave Chagwiza an undisclosed amount of money and he fled into darkness.On May 25, Chagwiza using the same modus operandi , stormed Thomas Chivhura’s homestead intending to steal solar panels.

Using a ladder to get to the roof, Chagwiza was heard by Chivura who went to check on the noise. He immediately saw Chagwiza fleeing from the scene prompting Chivura and neighbours to chase after him.

They later apprehended and handed him to the police.