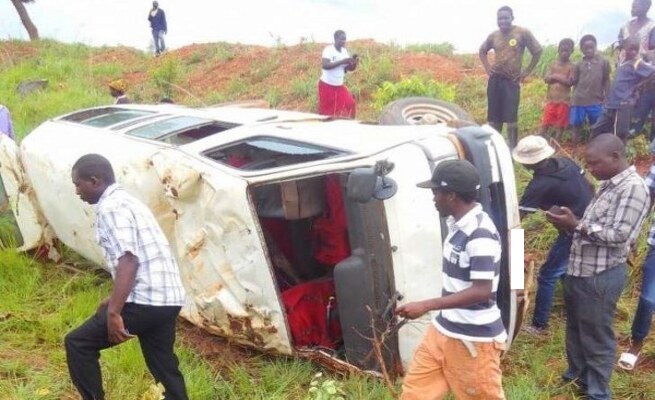 ONE person died, while 17 others were injured after the kombi they were travelling in burst its tyre and overturned near the Magamba Tollgate along Mutare-Harare Road yesterday.

Nhamo Muzecha (38) died on the spot, while some of the injured passengers were rushed to Victoria Chitepo Provincial Hospital.

“The Toyota Hiace, which is owned by David Dodzo was being driven by Petros Nyamhingura (33). Upon approaching the 245km peg, the kombi had a tyre burst and hit a barricade on the side of the road. Nyamhingura lost control of the vehicle which overturned and landed on its roof,” said Insp Chananda.