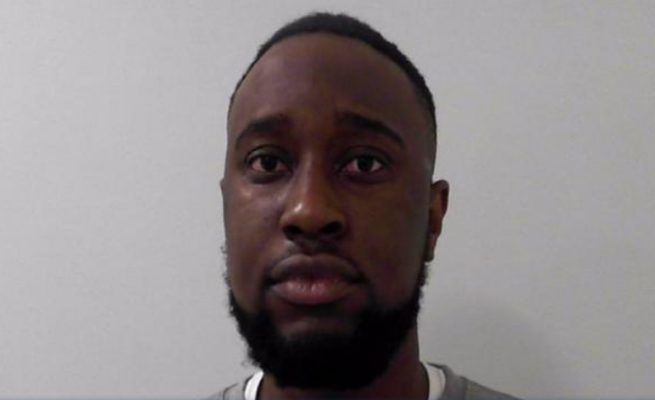 A ZIMBABWEAN man based in the United Kingdom (UK), Munashe Chikomba (23), has been handed a 30-month sentence after pleading guilty to attempted robbery to clear his £1 000 debts.

Chikomba of Cardigan Road, Headingley, Leeds was facing two charges of having knives in public and one of having a hammer as an offensive weapon.

Jeremy Barton, prosecuting, said the police found a third weapon and a balaclava in Chikomba’s vehicle when they stopped him later.

When the robber showed the hammer and knife to the family store owner in a small North Yorkshire village, the shopkeeper first tried to treat it as a joke and then rang the police.

Chikomba told him not to calls the cops before fleeing empty-handed.

The shopkeeper now feels unsafe in the shop, which two generations of his family have run for 26 years.

“I am now really worried about the future,” he said in a police statement. “It has shaken me so much.”

Defence barrister Khadim Al’Hassan said the would-be robber had gone for a drive to “clear his mind” because he had mental health problems and decided to do something to clear his £1,000 debts.

Al-Hassan said Chikomba, who had no previous convictions, had behaved completely out of character.

He had been kidnapped as a child in Zimbabwe before following his parents to Britain.

In the UK, he had done charity work for his community and had also self-harmed.

At the time of the failed raid on Summerbridge Stores in Summerbridge near Harrogate, on March 27, he had been suffering from a depressive disorder.

He was very remorseful for his actions.

Barton said Chikomba wore his hood up and a snood covering the lower part of his face during the raid.

This comes after another Zimbabwean national Simba Masvaure (44) was thrown behind bars after being found guilty of 11 se_xual offences against children after a 10-day trial at Northampton Crown Court.

Simba Masvaure, from Kingsfold, Bradville, Milton Keynes, was found guilty of se_xual assault by penetration, attempted rap_e and se_xual activity with a child. The offences took place over a twelve-year period, in Northampton.

The jury delivered their verdict last Friday (June 11) and Masvaure was remanded in custody for sentencing on Friday, August 13.

The officer who led the investigation, Detective Constable Kirsty Brooks from the Force’s Child Protection Team, said: “First and foremost, I’d like to pay tribute to the incredible strength and bravery of the victims. Their stoicism throughout a long investigation and a difficult 10-day trial has been astounding.

“I am so pleased the jury delivered the right verdict. Masvaure is an evil and manipulative man who put his victims through the anguish of a long trial and continued to lie right up to its conclusion.

“He groomed, manipulated and abused over a long period of time and to stand up and speak out against him takes enormous courage. It also sends out a message to other victims: we will listen to you; we will believe you; we will do all we can to bring offenders to justice.

“Masvaure is where he should be – behind bars, where he cannot hurt anybody else.”