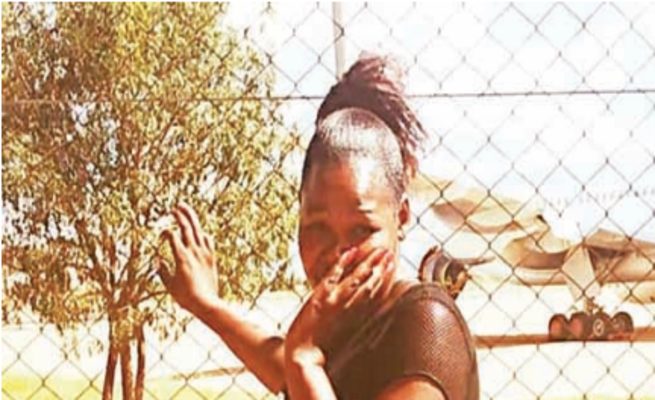 A Chitungwiza married woman has approached the court over se_xual harassment  from a musician responsible for chairing a community borehole committee.

Tracy Chiwaka, 39, told H-Metro that Zhekezheke Express band leader Musekiwa Zanowe, 47, has been demanding to have se_x with her in order for her to fetch water anytime as well as to continue being a member of the community borehole committee where he is the chairperson.

Musekiwa confirmed his failed attempt to bed Chiwaka describing her as too seductive to resist.

Chiwaka described Musekiwa as abusive and irresponsible saying the case is now under investigation at Chitungwiza Police Station under case RRB 4697152 where she applied for a peace order.

“Musekiwa started sending love messages to me last year demanding to have se_x with me and I denied his advances,” said Chiwaka.

“He promised me access to the borehole water all the time and to consider me for the borehole community committee if I was to accept his advances.

“He is aware that I am married and my husband is based in Johannesburg, South Africa.

“I warned him over sending the messages and went on to inform our Ward councillor but he never stopped se_xually harassing me.

“I have approached court for a peace order and lodged a police report against him for se_xually harassing me,” said Chiwaka.

Musekiwa said Chiwaka has been seducing him that he ended up sending love messages to give a try.

“I last sent such love messages last year but our differences now are that she was chucked off the committee over selling water.

“I am the chairperson of our community borehole committee and I received several reports that she was selling water to residents.

“We were in good books but she ended up verbally abusing me that she was fined by police over assaulting me,” said Musekiwa.

Chiwaka said Musekiwa must concentrate on tuning his guitar not married women.