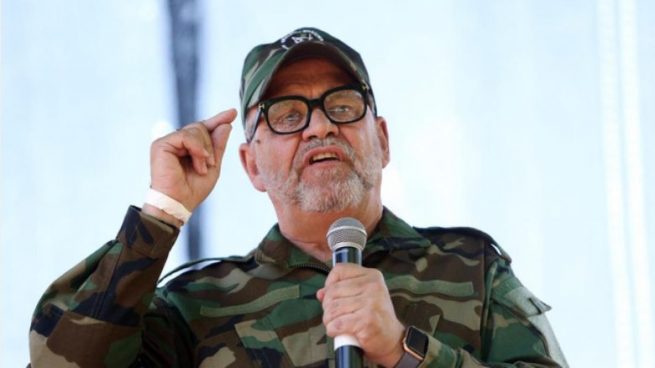 A letter from the ANC deputy secretary-general Jessie Duarte said Niehaus’s utterances in Nkandla over the weekend brought the party into disrepute and, therefore, the party decided to suspend his membership.

“The NEC has noted with concern your inflammatory speeches made outside the home of former president Jacob Zuma at Nkandla, KwaZulu-Natal over the weekend of 2 to 4 July 2021 and which were broadcast live on national television and has come to the conclusion that such utterances brought the ANC into disrepute.

“Moreover, you were clad in a T-shirt bearing the ANC logo when you appeared on television.”

Duarte said the NEC has resolved that such conduct contravened Rule 25.17 of the ANC constitution,

“In terms of the powers vested in it in accordance with Rule 25.9 of the ANC Constitution, the NEC has decided to institute disciplinary action against you within 30 days. Such disciplinary hearing will be adjudicated by the National Disciplinary Committee of the ANC. The Chief National Presenter, comrade Uriel Abrahamse, will be formulating and serving a charge sheet on you in due course setting out details of the charges and your rights as a member,” she said.

Duarte added that the NEC was concerned that Niehaus could cause further damage to the good name and reputation of the ANC, thereby bringing the organisation into more disrepute.

“Consequently, in the current volatile political situation in the country, aided and abetted by your incendiary speeches, the NEC has come to the conclusion that exceptional circumstances exist which justify that your temporary suspension come into operation with immediate effect in accordance with Rule 25.60 of the ANC Constitution and that the seriousness of your transgressions and misconduct justifies not affording you 48 hours to respond to the allegations of misconduct set out in paragraph 1 above,” said Duarte.

However, Niehaus told IOL News that he would challenge his suspension.

“I have been a member of the ANC for 42 years and the suspension is wrong as I was merely communicating a collective message of the MKMVA,” said Niehaus.

Duarte advised Niehaus that he may apply to the national disciplinary committee of Appeal to set aside the temporary suspension.