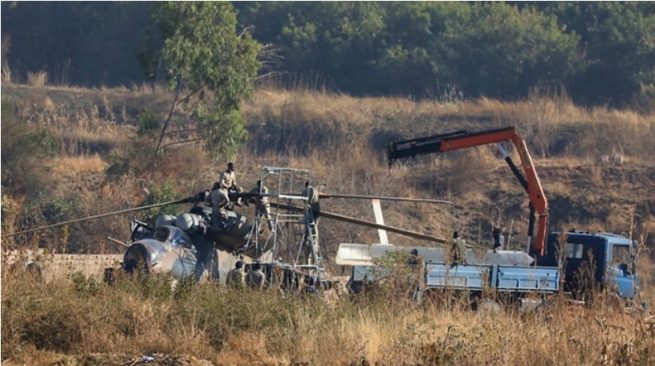 AN Air Force of Zimbabwe (AFZ) helicopter crash-landed near oil expresser Surface Wilmar in Chitungwiza on Thursday evening, but details of the accident have been kept under wraps.

The chopper reportedly made a sudden U-turn just after crossing Chitungwiza Road into Unit J, and tried to land safely at a nearby aerodrome, but crashed before it could do so.

A witness, Tendai Sauta, said other helicopters immediately flew to the scene to provide rescue operations.

Details of fatalities or casualties were still sketchy at the time of going to print last night.

“A helicopter has crashed in Sunrise suburb near Surface,” Sauta said.

“I saw the helicopter from a distance swinging and thought it was a drill. Eventually, it crashed. In a short space of time, three helicopters came and landed to rescue. I could not visit the scene for fear of being arrested for violating COVID-19 curfew,” Sauta said.

Another witness who refused to be named said: “It is true, but I couldn’t get close to the scene as soldiers were chasing away people. The helicopter partially crashed around Unit J in the late hours of yesterday (Thursday) after developing a fault.

“Its pilot probably made a decision to fly the mini army plane back to the aerodrome in the dumpsite area, but unfortunately, the plane crashed before landing.”

Air Force of Zimbabwe spokesperson Simon Matigwina had promised to send a statement on email, but had not done so late last night.

The wreckage was towed away yesterday by an army truck under heavy police escort.