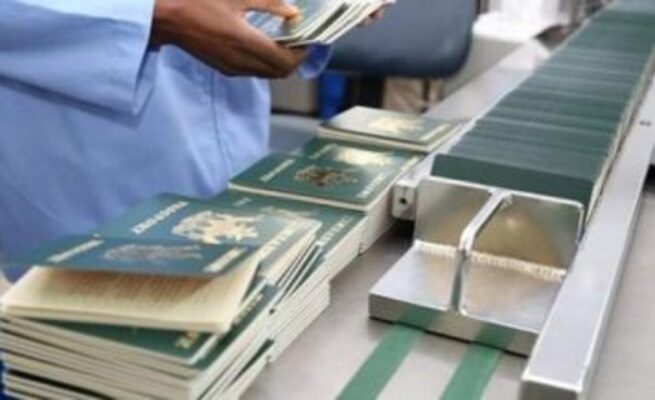 IN a shocking revelation that has exposed deep rooted corruption at Lupane Provincial Registrar’s Office, a Pakistan national was issued with a Zimbabwean National Identity Card bearing a common local surname, Sibanda, and had his passport application processed on the same day.

Staff at the offices further allegedly forged documents showing that the Pakistan national, Shollkat Saleem (who was now called Shollkat Saleem Sibanda) was born on 28 February 1994 at Sibangani Village in Lupane District to a Stella Sibanda of 21799 Pumula South in Bulawayo. The information is contained on his birth certificate which, however, does not have his father’s name.

However, Sibangani village head, Mr Busani Moyo, in a signed affidavit stamped by police, dismissed ever knowing of a Stella and not even receiving a report over the years that there was a baby of Pakistani origin born under his jurisdiction. Neither do other villagers know of Stella and her “claimed” son.

Investigations by Sunday News revealed that the inquiry into the case by officials from various arms of the State have indicated that the office could have been a haven of corrupt activities and might expose the grave amount of rot and breach of national security that exists in the Registrar-General’s Offices countrywide.

Sunday News has established that Government officials, last year, upon receiving a tip-off from whistleblowers, instigated investigations on how the staff at the Lupane Provincial Registry Office connived to give the Pakistani a Zimbabwean National Identity Card and processed his passport application.Sources privy to investigations alerted Sunday News that the Pakistani received his ID card with the number being 41-116336T 41, but details of his passport are yet to be established.

A series of investigations done by the Ministry of Home Affairs and Cultural Heritage led to the sacking of the Provincial Processing officer, Mr Reward Jani. Furthermore, Mr Jani was arrested for contravening section 174(1) (a) of the Criminal Law (Codification and Reform) Act (Chapter 9:23) for criminal abuse of duty as a public officer.

He has since appeared at the Lupane Magistrate Court and was remanded out of custody on a bail of $500. Mr Jani was to appear again at the Lupane Provincial Magistrate court last week on Wednesday contesting his dismissal but the hearing was deferred to 28 August owing to the Covid-19 lockdown.

The on-going Covid-19 travel restrictions put on hold the continuation of the trial as respondents to the matter failed to travel to Lupane. It is also understood that the hearing magistrate was to come from Hwange. Following the expose, Mr William Sayenda, who was the acting Provincial Registrar and Mr Jani’s supervisor at the time, was redeployed to the Umguza registry office, a move seen as a demotion by close associates.

The Registrar-General’s Office had charged Mr Jani with misconduct as provided in terms of section 44 (2) (a) of the Public Service Regulations and also for improper, negligent, inefficient and incompetent performance of duty.

According to the charge sheet initially compiled by the Lupane Registry Office, that Sunday News is in possession of, it is said Mr Jani admitted that he took instruction from his senior Mr Munashe Shoko to issue a birth entry number LUP580/19 and further processed a national identity document 41-116336T 41 belonging to Shollkat Saleem Sibanda.

“Your performance of duties was also not proper and incompetent in that on 16 July 2019 you processed Shollkat Saleem Sibanda’s national identity document without his fingerprints being cleared by the National Fingerprint Bureau since he was over 21 years of age,” read the charge report that only implicated Mr Jani.

Mr Jani was further charged for entering the falsified information on the Zimbabwe Population Registry System (ZPRS) using a password belonging to a colleague, Mr Zacharia Muleya who was on leave.

According to the Registry Office, Mr Jani had to discontinue his duties as it was viewed that, him being at work, would seriously impair proper administration or function of the department and subsequently lead to loss of public confidence in the civil service.

But, what is likely to open a can of worms is that Mr Jani is contesting losing his job, citing that he was improperly dismissed.

He argues why his other colleagues, who oversaw the issuance of the documents to the Pakistani are still employed.

His lawyer, Mr Nqobani Sithole of Ncube Attorneys said they would approach the Labour Court soon.

“We are definitely filing an application at the Labour Court,” he told Sunday News on Friday last week.

In a week long fact finding mission, Sunday News spoke to impeccable sources working at the office who revealed that there is more than what meets the eye in the sacking of Mr Jani from office.

The controversial documents issued show that workers at the Lupane registry made up a well coordinated job to help Mr Shollkat Saleem get the documents. However, all those documents have since disappeared from the registry as investigations intensified, it has been established.

“There are many people who were made to fork out bribes in order to get IDs or passports. Some are afraid to speak out but that office in Lupane is full of corrupt people,” said one of the workers who declined to be identified.

Sunday News has it on good authority that informants within the Lupane Registrar’s Office claimed senior staffers knew what was going on, but seemed to let the matter be swept under the carpet.

“We wrote to the Ministry of Home Affairs and to the Zimbabwe Anti Corruption Commission advising them about the activities that also involved senior officials,” said one worker.