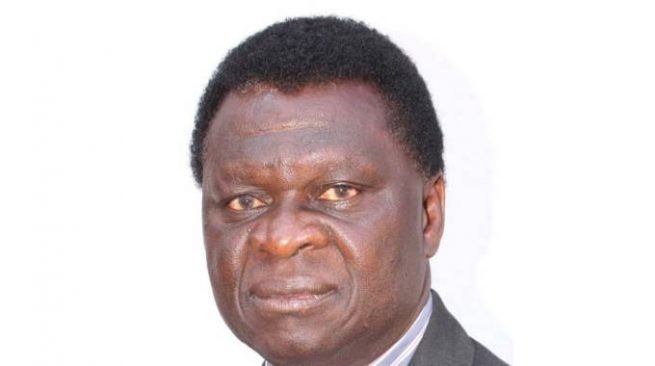 A STAUNCH Zanu PF apologist Sheunesu Mupepereki has died. He was 70.

A professor, and senior academic at the University of Zimbabwe, Mupepereki died Friday from Covid-19 complications.

According to media reports, Mupepereki and his wife were diagnosed with Covid-19 on 3 July. They were in self-isolation until three days ago when he was admitted into the hospital.

A Zanu PF patriotic Twitter account confirmed his death saying, “Prof. Isheanesu Mupepereki is no more. One strong Cde who stood with Zanu PF at the University of Zimbabwe at the height of opposition politics in tertiary institutions did many shows in Afrocentrism and was an avid proponent of the enlargement of the soya bean industry. A war veteran and cadre of the party. The Cde popularised the Murimi wa Nhasi Show on ZBCTV just after the land reform programme.”

A staunch critic of the opposition, in 2016, the scientist and academic was appointed board chairperson of the state-run Central Mechanical Equipment Department (CMED). He was removed as its chairperson after President Robert Mugabe from office, and the incumbent, Emmerson Mnangagwa, made new senior appointments in government and state-owned enterprises.

Mupepereki previously served as the board chairperson of another state enterprise, the Environmental Management Agency (EMA), and board member of the Grain Marketing Board (GMB), another state-owned company.

He joined the UZ’s Agriculture faculty as a staff development fellow in 1985 and proceeded to complete a Master of Science Degree majoring in Science and Microbiology at North Carolina State University, USA, in 1987.

After completing his Ph.D. at the UZ in 1994, he launched the soya-bean promotion programme in 1996.