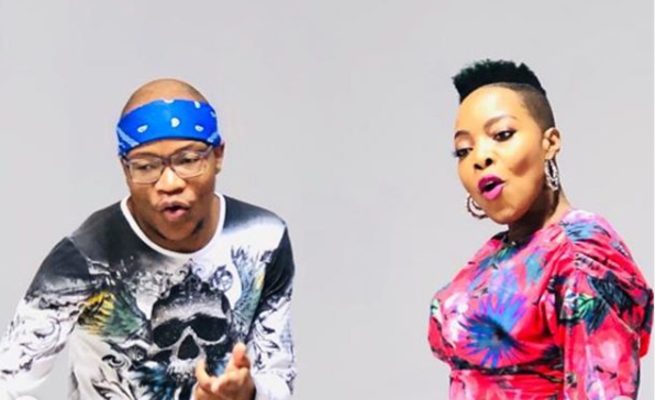 AN ugly war of words has ensued between artists Master KG and Nomcebo Zikode.

At the centre of their fight is the issue of royalties for their global hit song Jerusalema.

On Sunday, Xola Moya Wam’ hitmaker Nomcebo issued a public letter, accusing record label Open Mic of exploiting her craft, and then refusing to pay for it.

Part of the letter read: “My voice and lyrics have transcended globally, but I still await what is due to me. I have not been paid a cent by the label for #Jerusalema despite the song’s global success. I have been ridiculed, with efforts to marginalise my contribution.

“The continued love and support from fans of #Jerusalema has been my strength and anchor during this difficult time. I, as a female artist, can’t stay silent on this anymore. The matter is now with my lawyers.”

Within an hour, Master KG hit back at Nomcebo via Twitter, accusing her of demanding a higher percentage.

He went as far as threatening to spill the beans about her.

In his defence, he also accused Nomcebo of not paying him for their song Xola Moya Wam’.

In a follow-up tweet, he continued: “Last year, Nomcebo started Jerusalema tour without me and I never had a problem. A few weeks ago I started my tour. Nomcebo went to the media and created a story that I’m leaving her behind. I really don’t know why things must be like this.”

Speaking to Daily Sun, Nomcebo said: “I never discussed this with Master KG. But I am demanding my money from Open Mic, a recording company. My demands are on the basis that I was part of that song. It is a copyright issue and I believe I am within my rights to claim what’s due to me.

“For the past two years, I’ve been asking for financial statements but I’ve been ignored. I then decided to refer this matter to my lawyers,” she said.

She added that she was tired of acting as if everything was fine.

“Unfortunately, I can’t disclose any further details as the matter is already with the lawyers.”

Lionel Jamela, co-owner of Open Mic, confirmed that the company received the letter of demand from Nomcebo’s lawyers.

“We have received a letter of demand from her lawyers and ours are also dealing with the matter. At this stage, we are no longer able to share any information until the matter is finalised.”