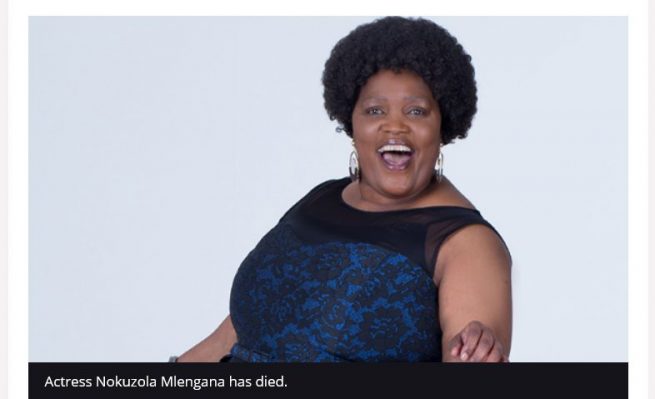 The actress, who played the role of nosy sis Ouma, died on Monday, 12 July.

The drama series announced the news via social media.

“What a painful loss this is to us. We love you and we will miss you dearly. Rest in peace Nokuzola (Sis Ouma) Mlengana,” it wrote.

“May her family accept our warmest condolences, and we send thoughts of peace and courage their way,” continued the statement.

The actress joined Skeem Saam in 2015 when Tbose and Kwaito, played by Cornet Mamabolo and Clement Maosa, went to university. She was the security guard who made life difficult for the boys on campus.

She later moved to Turfloop when she fell in love with Ramolao, previously played by Thema Mokoena, who died in 2019, and is now played by Surprise Mathebula.

Fans of Skeem Saam have been sending messages of love and condolences to the actress’ family and friends.