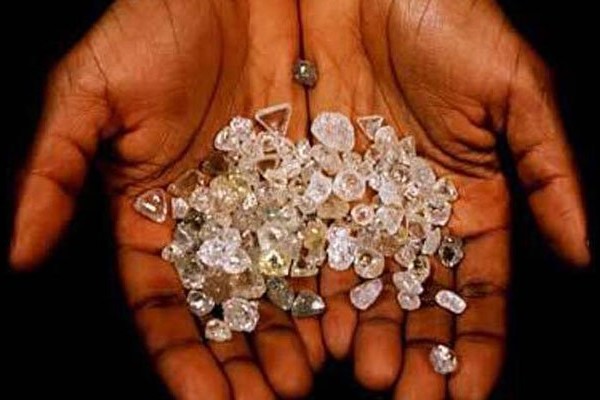 ABOUT 350 000 diamond carats worth US$140 million vanished last year from the vaults of the country’s minerals marketing body, the Minerals Marketing Corporation of Zimbabwe (MMCZ) as well as State-controlled gem mining company, the Zimbabwe Consolidated Diamond Company (ZCDC).

According to a report by Auditor-General Mildred Chiri, the diamonds remain unaccounted for up to now.

Chiri’s report, which exposed malfeasance at local authorities, parastatals and government departments, could be a tip of the iceberg that probably corroborate late former President Robert Mugabe’s claim that diamonds worth $15 billion were nicked by top government officials during his tenure.

However, senior government officials rubbished Mugabe’s claim as something “that just came out of his head” without evidence as he was “senile”.

Chiri’s 2019 explosive report on ZMDC and MMCZ noted lax accounting for diamond stocks, a deliberate move which she said officials left unchecked so as to exploit the situation.

Some of the missing diamonds were sold for a song in Zimbabwean dollars to local buyers, who smuggled them outside the country and sold them at higher prices in foreign currency, the report said.

“In 2019, 297 660,41 carats of diamond stock held at MMCZ was not counted at the time of the stock count. These parcels were packed for customers and held at MMCZ. However, at year-end, during the stock count, these stocks were not included in closing inventories.

Chiri’s report points to a well-choreographed looting syndicate after five carats, which could have fetched plus or minus US$2 000, held at the MMCZ vanished in December 2019 after a closed circuit television system “malfunctioned”.

The Parliamentary Portfolio Committee on Mines and Mining Development has taken up the issue and on Monday pledged to probe the diamond leakages.

Zimbabwe loses about US$1,5 billion million a year from mineral leakages.