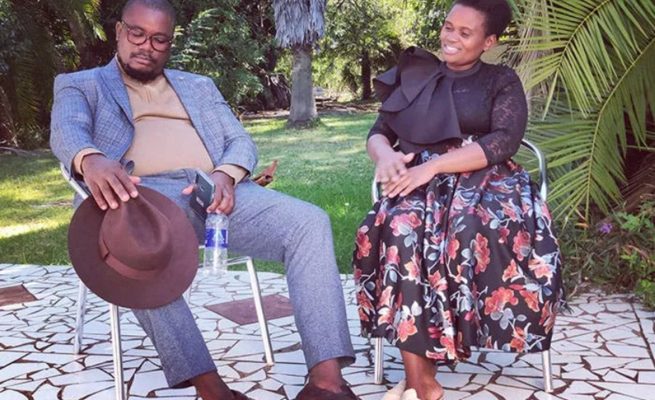 BOTSWANA based artiste and businessman Cleopas Mupita has praised his confidante Mambo Dhuterere for marketing Zim Gospel beyond borders.

The 35-year-old Mupita who used to sing along with Dhuterere before they pursued solo careers is back home to launch his second album.

It will be unveiled tonight on Radio Zimbabwe at 8:30pm.

Makumbe has been recording Zimbabwean artiste in the sub-region a platform to market their talents beyond our borders.

Dhuterere, Takesure Zamar, Zodeck Chikoto and Pastor Gore are some of most followed male gospel artistes in SADC that have passed through Makumbe’s recording booth.

As such Mupita, who could not resist Makumbe’s touch, said Dhuterere linked him up with the V.O.T boss.

“I used to sing with Dhuteere in Botswana when he was not yet popular in Gaborone.

“He is the one who linked me up with Makumbe after he worked with him in previous projects.

“As a confidante of mine, I didn’t doubt his recommendation which saw me coming back home to record my eight track album due for release on the 14th of July if all go according to plan,” he said.

“At first we recorded an album together where I contributed two songs while Dhuterere wrote three songs.

“Afterwards, we went separate ways with him pursuing a solo career but we are still in touch as we speak.

“We still exchange notes and ideas and tips on how to make it back home,” he said.

The father of two who is also into the transport and logistics business urged fellow artistes to diversify on Covid-19 lockdown.

“I started off as a truck driver but now I am now managing my haulage trucks in Gaborone.

“The move to invest in this business has helped me to supplement my family on lockdown at a time when fellow artistes are struggling to make ends meet after losing their source of income.

“We are now living in tough times where one needs to diversify and stop relying on one source of income for livelihood.

“We are also living in an era where we need to market our stuff online especially music as has become the trend world over,” he said.

After making his debut with the album Mhemberero last year, Mupita has never looked back.