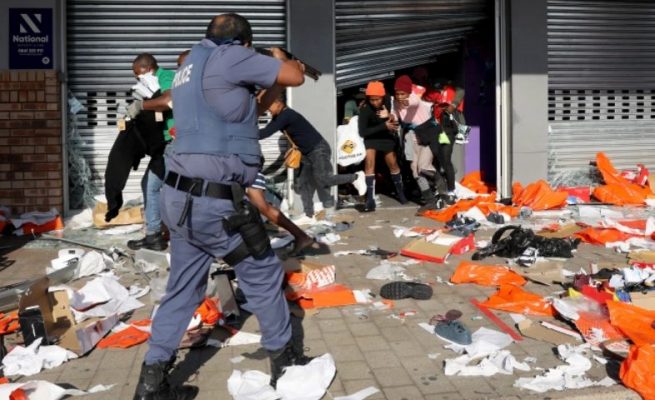 A VIDEO showing men crawling nak_ed in what looks like an Engen garage has surfaced on social media.

The people who are sharing the video have a strong feeling that the video was taken in the Durban area as the men who are making the men crawl are heard saying: “This is better than Westville Prison.”

It is alleged that the nak_ed men were caught looting in trucks. In the background, those who are allegedly filming the video are heard laughing while those who allegedly made them crawl are heard shouting “keep it moving”.

Another man is heard saying: “I swear they will never get inside a truck they don’t know ever again.”

He goes on to say: “If you come across people doing this at night, you’d run for your life.”

One of the nak_ed men towards the end of the line has blood in his head, which suggests they were beaten before they were made to crawl nak_ed.